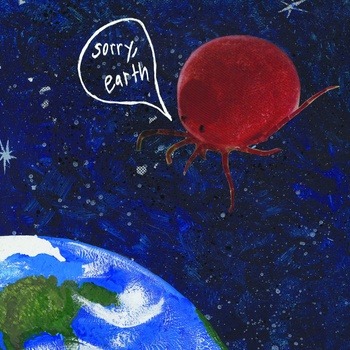 Incredible! Awe-inspiring! Magnifique! None of those do justice to the immense wonder and boundless joy of this album. Coming to us by way of Chapel Hill/Carrboro/Durham, NC, and following a four-song digital EP entitled Are You A Baby?, this band has created a near-masterwork.

Right out of the box we’re met with a lesson in how to properly re-interpret Built To Spill on “As The Crow Flies,” but this lesson is delivered with some revisionist motivations as it actually ends up sounding like an updated Treepeople. That’s just the beginning of this stunning display. The entire freaking album is catchy as all get-out, with more guitar and vocal hooks than a tackle box, or a meat locker, or a damn pirate convention. The epic “Art of War” has this one constant buzzing/ringing guitar riff that grabs a hold and won’t let go as it nails the rest of the song to your gray matter. It’s abstract and tactile all at once, and it’s one of the best rock songs of the decade.

The entertaining, Greg Dulli-esque “King Rat” blows away the pretenders to the throne, coming on like a revved-up and ready Gutter Twins playing two songs at once, back and forth. The arrangements are expansive and multi-faceted, with versatile, fungible vocals squeezed into the space between the swelling guitars, and songs that seem to unfurl with changes in pattern constantly re-emerging.

There’s quite a lot going on, with the multiple parts of any given song, as if some of these started as various songs that were ultimately woven together into one. There’s also some great layered, deconstructionist indie rock guitar playing throughout, with fits and starts and swell chord progressions, with a nod, or two, to the best of the freewheeling early 90s indie rock, celebrating bands like Seam or Pavement.

WWG have found their own location in the equation, their own place in the sky, and, in terms of what they’re attempting here, they can seemingly do it all pretty darn well. Just look no further than the unforced looseness of “Chainsaw.” Without a doubt, Sorry, Earth is on my list of Top Ten Albums of the Year. Well worth checking out.