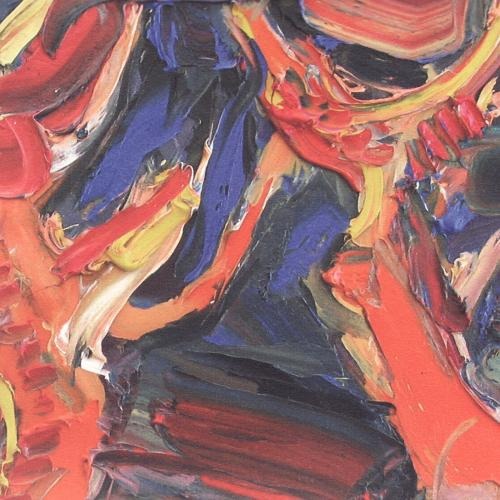 On a blistering summer day when I was ten, my older sister read the entirety of John Steinbeck’s Of Mice and Men aloud to me as we lay on the floor under the whining breath of a dusty box fan. In a moment of shocked innocence applicable only to preteens from Oregon we were both reduced to tears. It was the kind of day that only a childhood summer can produce: lazy, emotional and useless. It was with this day in mind that I listened to Ray’s Vast Basement’s latest release- Starvation Under Orange Trees– a tribute to John Steinbeck. And although the album didn’t reduce me to tears, I did find it a touching tribute to one of the most atmospheric and truly “American” writers this country has ever produced.

Yet while the album succeeds in providing a sound-scape to Steinbeck’s words, it fails narratively- in that there is a noticeable lack of emotional arc to the vocals and the album as a whole. For all his creativity as a songwriter, lead vocalist Jon Bernson’s voice seems at best mismatched to the music and at worst almost drowns in the very layers of sound he creates. Though I hate to use prescriptive terms, for all the album’s understatement and subtlety there should be at least some overstatement and breakout vocal arias, of which there are none. And it’s also not to say that I don’t think that dead-pan vocal delivery has its place- (I’m a big fan of Leonard Cohen and Townes Van Sandt) it only means that in this case the fuzzed-out monotone of Bernson’s lyrics get buried in sound- by the stylistic choices he made as a producer of the album.

Held to the standard of a soundtrack, the album accomplishes its mission: to provide a musical equivalent to Steinbeck’s world. The opening theme of Starvation Under Orange Trees sounds like a swarm of locusts descending on a cornfield, setting the mood of impending doom that pervades much of Steinbeck’s work as well as the album. We then launch right into “California’s Gone” a percussive, melodic song that feels like a jalopy on a bumpy dirt road. If you like dorking out on Americana then this is the album for you.

Likewise, the album reflects the obsession and disregard for the passage of time that my sister and I’s day also reflected; with its intricate layers of sound, rhythm loops and strange jangley vocals Starvation Under Orange Trees evokes the sounds you might hear walking through an itinerate worker’s camp or on a train of Okies heading out west. The album’s fourteen songs make use of old-timy instruments like the saw, handclaps, bottles, glockenspiels, washboards and harmonica. The effect is truly three dimensional, if not emotionally affecting.

However, this same attention to detail is also the album’s downfall; some of the lyrics sound as if they were lifted directly out of Steinbeck’s novels and the result is often clunky and obscure. The best musical comparison available to me is M. Ward’s Transfiguration of Vincent minus the vocal risk-taking and vulnerability. In a genre dubbed “retro-future” Starvation under Orange Trees is too tightly tethered to the past, too literary and in the end, just a soundtrack – merely background noise when we want an emotionally affecting performance, when we want to quiver in our dusty boots.