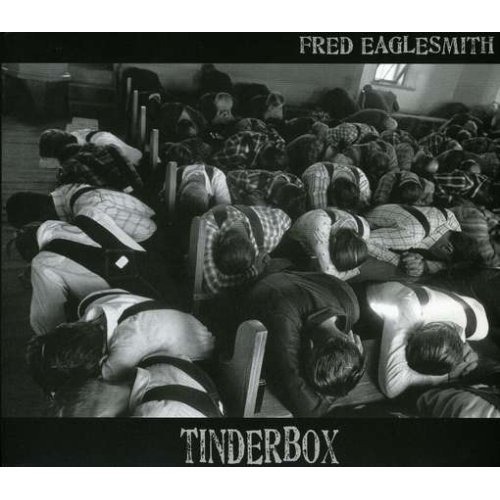 It’s notable that Fred Eaglesmith chose to name his own label A Major Label, as an ironic play on words, because on one hand, his music sounds completely un-commercial, while on the other hand, his presentation could be, in a different world, courted by major labels as the next (ironic) Tom Waits.

His songs are not in exactly the same vein as Waits. His own weird blend of non-gospel gospel and non-roots roots music is straight up cool enough by itself without ripping off anyone, but he has that other special quality that Waits possesses: his songs don’t sound vintage, but neither do they sound contemporary.

Eaglesmith’s been covered by The Cowboy Junkies, Dar Williams and Todd Snider, and he’s contributed music to various film projects. On this epic 18-song collection, his seventeenth album, the most obvious Waits comparisons lie in the vocals of “Killing Me,” “The Light Brigade” and “You Can’t Trust Them.” In addition, critics have tagged him with the weight of comparisons to Springsteen, John Prine and Woody Guthrie. He could lean on that if he chose to, but he doesn’t. This record doesn't need any more ghosts flying around than it has contained in tracks like “I Pray Now,” which sounds like a sacred prison chant stolen from a gospel trope, or “Worked Up Field,” a beautifully rendered, bleary-eyed cocktail of earth and wine that completely defies any categorization.

Then there’s the simplicity of “Fancy God,” which points to the other metaphysical godfather overseeing this recording, cinematic roots music re-creator T-Bone Burnett. Sadly, or perhaps gladly, Eaglesmith’s songs, like Burnett’s and others, can seem eccentric to a commercial audience at first. But as he looks behind him for a muse, he moves forward to the future with his music unadorned and unashamed. He has a similar love for the dirt underneath the flowers that Springsteen, John Prine and Woody Guthrie celebrate in their work. This is one of my favorite records of the year. Nice cover art too.