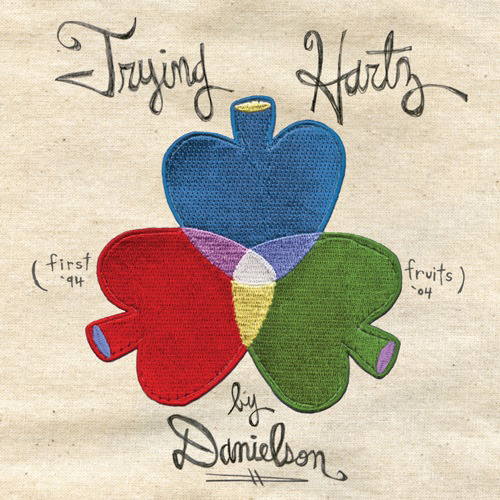 For once there was a man who had a beard and some far out ideas.  They called him a weirdo and a freak but in due time his ideas caught on and inspired many great people.

That man’s name was Captain Beefheart.

In some ways, the 15-year career of Brother Danielson is some what like that of Beefheart’s.  Both sing surreal, god knows what lyrics (in Danielsons case he is actually singing about god), in voices that could be considered off-putting by some (where Beefheart sings in the low growl, Danielson uses his high falsetto), over peculiar, disjointed rhythms.

Aside from decades, the biggest difference is all the respect paid to Danielson during the band’s career, opposed to Beefheart’s legend, which took decades to grow: by the time bands like Talking Heads and The Fall started citing The Captain as an influence, his best years where behind him.

In Danielson’s case, recognition has been ongoing. Polyphonic Spree created a homogenized version of their idea, they invited artists like Deerhoof and Why? as guests on his album (2006’s Ships) and they’re known as the progenitor that got the ball rolling on the career of one Sufjan Stevens.

Now with the release of Trying Hartz, we get a glimpse into the troupes formative years, 1994 to 2004. The attention to some of the most trying pop in underground music is being paid again in just under 30 songs.

While some of the songs on this collection might be familiar to fans of Danielson, it might be the live tracks which makes this retrospective worth the time. On what could be considered the ultimate indie rock call and response track, Danielson summons various audience members to contribute on-the-spot lyrics to the track “Don’t You be the Judge.” It is an engrossing moment that highlights the fact that Danielson and his group of merry Christians have been doing this for the sheer joy and happiness it brings them.

No matter your opinions on their sound or beliefs, you really can’t fault them on that.