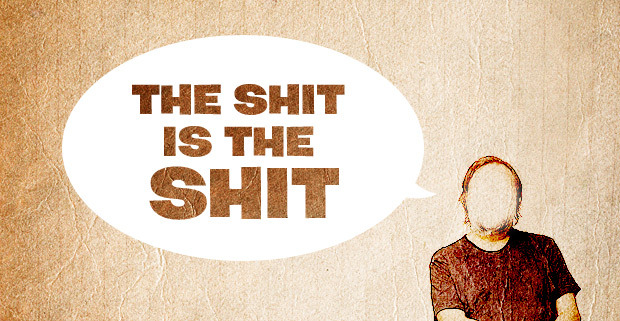 When a prolific thinker pauses between Hegel and Lacan to warn you about Hollywood filmmaker M. Night Shyamalan—”Those who all too easily dismiss Shyamalan's films as the lowest form of New Age kitsch are in for some surprises here”—you want to (a) pull up a chair (b) give him a high five.

In a book called Violence, this warning occurs in a section titled “A Liberal-Communist Village”. It begins, “It is the merit of M. Night Shyamalan's The Village that it renders the liberal-communist way of life, based on fear, at its purest.”

Marked distinctly with tattered t-shirts, large sweat patches, a thick Slovenian accent, and a strong lisp, this thinker is, of course, Slavoj Zizek. I bring him up not because he's the philosopher of choice for hipsters, which he is, but because we—you and I—are electing him the mentor of this premier philosophy blog, on account of being the most relevant philosopher.

What does “relevant” mean in this context? Philosophers are “relevant” when

So when Hollywood and sex culture aren't involved, the relevancy of a philosopher suffers.

But I was recently struck by the idea that our mentor is aging. In a hurry to end an interview with The Telegraph and go back to working on his Hegel “megabook”, he tells the interviewer, “Time is running out. I am 61, I
have diabetes.” And let's not forget this generation's greatest new phenomenon: life on the internet. Zizek has a thing or two to say about Microsoft and the rent it collects from us in exchange for admittance into the new society. Though the Microsoft grip is still relevant, the future will turn towards a company like Google in a few years. So when he refers to a fake twitter account as a “website”, we too can hear the clock ticking.

Yet we watch a movie like Inception, and giddily wonder, What would Zizek say about Inception? We don't know yet, but a learned soul on the internet, who goes by “Berlusconi Youth”, has dreamed up a plausible response:

Links:
1. Violence on Amazon
2. The Pervert's Guide to Cinema
3. Interview with the Telegraph
4. “Zizek, Inception, DIY” on Berlusconi Youth