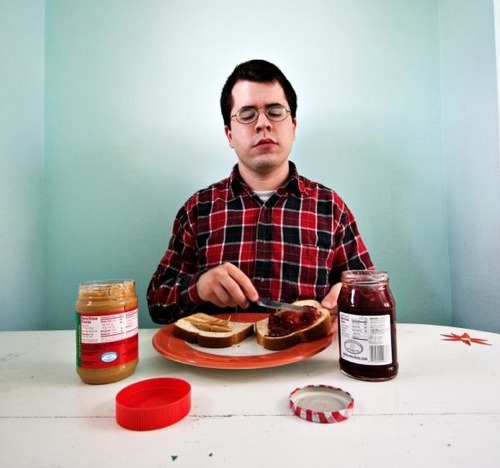 Austin's Daniel Francis Doyle is currently touring with his new nine song, 33-minute LP We Bet Our Money On You. While it's hard to shake anything but the sheer virtuosity of a Daniel Francis Doyle live set (with guitars and vocals looped in real tie, piled atop his frenetic drumming), it's worth trying to lose any impressions you might have for the benefit of the deftly composed, often surprising tunes he's recorded for this album.

Also, dude sounds more than a little like Jonathan Richman, especially with the rueful perceptiveness he offers up like, “Learning things at school / always troubled you / you should learn another way to live / but you didn't.” So, yes: see his shows, and buy the album he'll be selling.

Daniel Francis Doyle, “How Can You Work