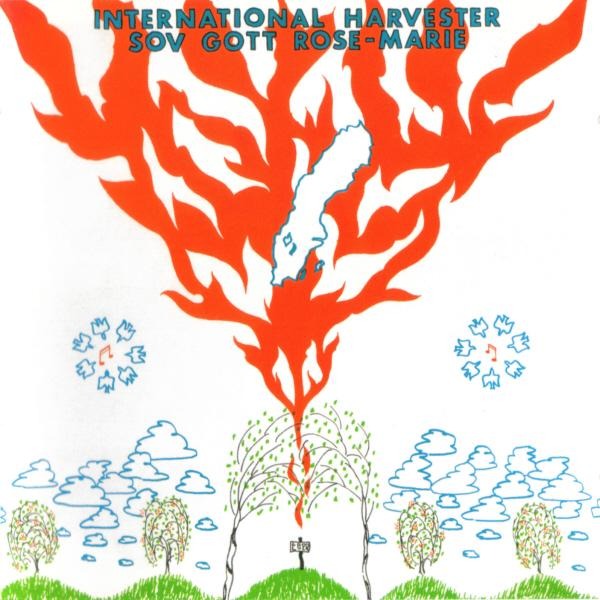 For the majority of us, lesser known Swedish psychedelic act Parson Sound was unheard of until a compilation of their recordings was re-released in 2001 by Subliminal. Since that time, their output has garnered a lot of well earned praise and seriously influenced the course of modern psychedelic/experimental music. They even got the reissue treatment again this year on a deluxe 3xLP release that sold out extremely fast.

Indeed, the members of Parson Sound were playing krautrock before krautrock was invented, and mixing into their own pastoral/communal Swedish roots a free jazz ethos, the droning minimalism coming out of late 1960s New York, and Terry Riley’s new forays into loops. As their sound refined, they renamed their band International Harvester. From that point forward they branched out into new musical outfits, some of the musicians sticking around, others taking part in new projects. Of all these collaborations and versions, International Harvester’s Sov Gott-Rose Marie remains the most fully realized true LP.

The album opens with extremely ominous horns droning over ambient recordings of the bands natural surroundings in rural Sweden. The contrast between the light natural sounds and the man-made darkness immediately present International Harvester’s vision of the dichotomy of man and nature and their coexistence. Much of the first side is shorter tracks, ranging from freaked out prog-rockers to super-fried folk jaunts. The music also possesses a lot of languorous movements in short time frames. It is very much an exercise in head nodding trance, while the communal chanting and percussion are a direct channel to newer bands that work in that medium of adding small nuances to evolving repetition.

International Harvester’s version of catharsis can come through tightly wound melody that builds out of nothingness, or simple grooves descending into absolute chaos. The inclusion of various woodwind/brass instruments takes it to a place beyond basic psych rock, blending folk and jazz elements into the progressive, almost other-worldly atmospheres and jams.

The longer tracks are the album's most surreal and awe inspiring. All of the elements I have described above have room to breathe and fuse together, often over a Mo Tucker style drum machine rhythm that pushes forward as everything around goes from tight-wound to absolutely free. More drone is also incorporated, as the longer track time allows for more atmospherics, giving a blend of oppressive and light feelings. When the drums aren’t pushing everything forward, the pulsing horns do the heavy lifting, with moments of guitar work taking center stage and hitting peaks of unreal jam ecstasy. If you are even remotely into any kind of freak-folk, dark forest psychedelia or communal improvisation in general and haven’t heard Parson Sound/International Harvester, go do so now!