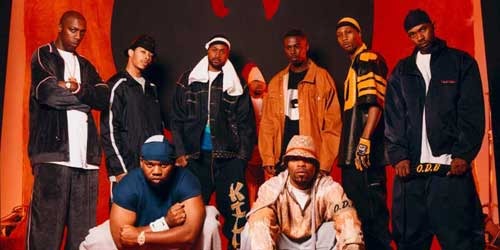 In the past week tracks potentially made for Raekwon's insufferably hyped sequel to his classic album Only Built For Cuban Linx have surfaced, proving once again that Raekwon is out to play us like we have flowerpot heads. Leaked songs for this mythical album have tormented the hopeful for years. Once again we have cause for excitement and cause for alarm.

My guess is 2009 is yet another unyielding year of unbearable anticipation without release.

In other news, last week RZA dropped the soundtrack to the second season of his animated Spike TV show, Afro Samurai: Resurrection. Also available is an Afro Samurai video game for PS3 and Xbox 360, which hit gold status based on pre-orders alone. Each game includes the exclusive Afro Samurai soundtrack.

Masta Killa became the latest artist recruited by Peta2 to encourage teens to adopt a vegetarian lifestyle — oh, the brutal irony of not actually being a killer. Killa recorded a new PSA for the organization, sharing his 13-year experience with the lifestyle, and introducing us to his 4-year old son Eternal, also vegetarian.

Bring the motherfucking ruckus to a Caesar salad!

PrevPreviousAre you prepared for Death?
NextCity's Centers got a blogNext