Octopus Project, what have you done with Lionel Richie? 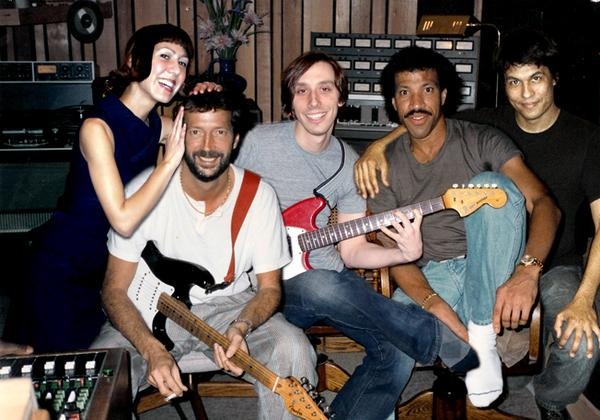 Ok, someone's talking a little. Concerning the studio in Seattle where they recorded the new album:

Bear Creek was also the studio used by Lionel Richie to record some of his Dancing on the Ceiling LP — a fact that pretty much sealed the deal for The Octopus Project, who claim to be headed in a distinctly Soundgarden/Lionel Richie direction.

And Austinsound.net may have done a little detective work.

JL: The two of them recorded at the studio we were in for Lionel Richie’s record in 1984 and there was a photo hanging in the studio where it was taken.
YL: The room was exactly the same: the same wood paneling, the same chairs, everything. So we took pictures of ourselves in the same chairs with us pretending like we were interacting. Then Josh did a pretty amazing Photoshop job.
JL: A lot of people really went for it.

But you can't stop the dream.