The week in diss: Rappers turn up the hate 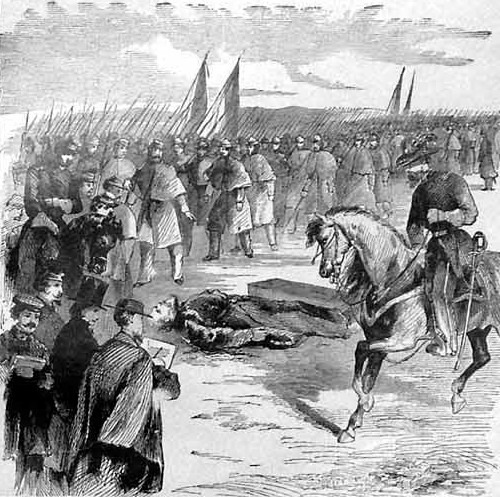 It seems like the last week we has seen beefs starting up for absolutely no reason. Keep in mind, these are not your elevated Jay-Z versus Nas/50 Cent versus Ja Rule battles. These come off more like your Clay Aiken versus Kelly Ripa type joints, so brace yourself.

First, we have 50 Cent going after Lil Wayne. I don't have the link to the 50 song where he disses Lil Wayne because that would force me to listen to a 50 song, but I do have the Lil Wayne response track that, as far as battle raps go, was kind of soft. He mentions Vitamin Water and how he likes to pour syrup in it, but that's about as mean as he gets. Maybe he realizes he doesn't have to go that hard at 50 because he is at the absolute top of his game right now and 50 is the self-proclaimed George Bush of rap. The track:

Then we have this lame and uninspired beef between two underwhelming MCs. Don't get me wrong, I like(d) both artists, but these are two rappers pretending that anyone besides rap blog writers give a shit about them and their careers. This stunt to sell more whatever-it-is-rappers-sell-now-a-days is especially crappy because neither seems bitten by any sort of real, angry wit. Saigon loses because he spends eight bars talking about how bad Joe Budden's breathe is, or maybe because he spends upwards of 100 bars talking about how Budden's six or seven year-old son is gay. God, what a real piece of shit that guy is. That said, who wants to hear a grown man bash the sexual orientation of another man's son?

I might as well throw the catalyst for this whole battle in. Joe started it, and I bet ultimately he wins it.

And before I leave this subject, Joe put up a video yesterday basically inviting Saigon to his show tonight at S.O.B.'s, so we will see tomorrow what happens with that.

And now for the dumbest battle of all. Recently, Phonte took it upon himself to call Kanye out in an interview for his newest album 808s and Heartbreak, by calling him a coward for using auto-tune and implying that Kanye isn't talented enough to release the album in the first place. Now I love Phonte (and Little Brother), but he overstepped on this one, and here's why:

Yes, that's right. Oh, and did I mention this?

Zo and Tigallo, “Take On Me”

Yeah. You did that Phonte. A whole album of that. When this came out a year ago-ish I thought, “Wow, I don't like this”, but I didn't post about me not liking it, because I respect Phonte, acknowledge he is a great singer (Look up the Jazzanova song he was featured on. HEAT!), and never ever would hate on someone's artistic exploration. We're all tired of rappers who refuses to change or try to grow as an artist (i.e. 50 Cent). I bet every reader 200 dollars that Kanye doesn't even respond negatively to this. I bet he either compliments Phonte or ignores it. Here's the audio:

I love how O'Reilly says every rapper's name like he is holding in a fart.

Until we have something to actually battle about, stop. Please.