Punitive Embers: An interview with Jesse Hlebo on art and the Internet 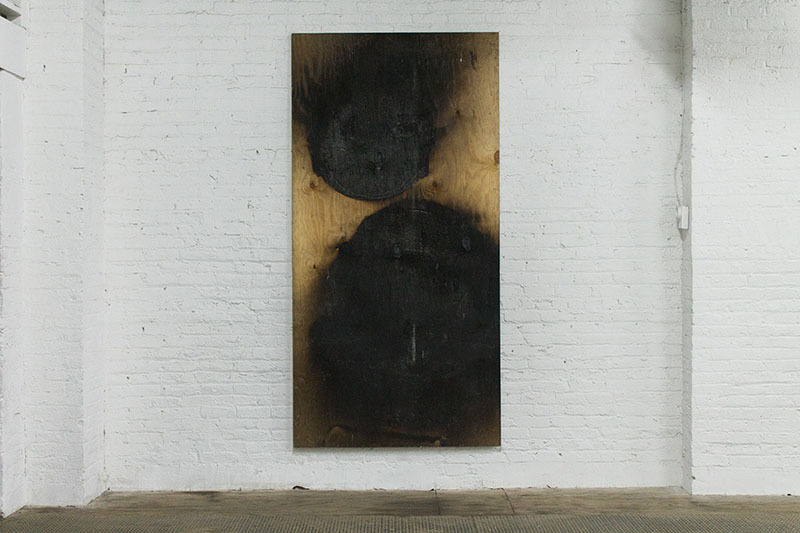 With agriculture came “Neolithic Demographic Transition” so that humans could stray from primitive hunting and gathering measures to better provide for a rapidly growing population; plants and animals were domesticated. Then came the industrial revolution, and with it capitalism—mass production and mass consumption.

In his work, “Punitive Embers”, which will open May 23 at The Luminary in St. Louis, Missouri, one of the subjects Jesse Hlebo brings into dialogue is the “Anthropocene,” which has yet to be accepted as a prominent geological concept. Anthropocene is a “geologic chronological” term referring to the “evidence and extent of human activities that have had major global impacts on the earth’s ecosystem.” Melting glaciers, rising seas, hurricanes, flood, droughts, abnormal winds—the environment is deteriorating; yet there is Sen. Marco Rubio who still wants everyone to believe that global warming is not related to human activities and that our use of fossil fuels does not change the climate— a denial so violent when you calculate its cost to society. While “violence,” “authority,” and “established powers” are some of the issues Hlebo investigates in his other projects as well, sustainable measures, even if via economic growth, could be accessed faster with simple acceptance of facts.

Regarding “Sustainable Humanity, Sustainable Nature: Our Responsibility”, The Pontifical Academy of Sciences raises many important questions such as “Should one expect the global economic growth that has been experienced over the past six decades to continue for the foreseeable future? Should we be confident that knowledge and skills will increase in such ways as to lessen Humanity's reliance on Nature despite our increasing economic activity and growing numbers? Is the growing gap between the world's rich and world's poor in their reliance on natural resources a consequence of those growths?” They also argue that the reason these several decades-old contemporary discussions have persisted and are “frequently shrill,” is because “two opposing empirical perspectives shape them.” I spoke with Jesse Hlebo about his perspective and how it shaped his body of work.

What is the “punitive” aspect of the project?

The work I've been making the past few years has been dealing with themes of crisis caused by the contemporary iteration of the US prison system, terrorism, the collapse of post-capitalism, and insurrection. I've been thinking a lot about the anthropocene and how the ecological state we currently exist in is directly linked to civilization and, in a very large way, capitalist industrialization.

The ensuing political and social conflicts resulting from intensified storms and temperatures, food and fossil fuel availability, all relate to the topics I've been dealing with in my work. The way the work is manifesting for Punitive Embers involves the destruction of common architectural components of civilization through fire. This natural element of fire—whose cause could be environmental or insurrectionary—is reacting against the structures and systems that have been established to impose control.

Regarding other projects of yours, such as putting out music and zines, you talk about avoiding any kind of hierarchy in the way you publish things, or in the things you publish, whereas now, FCC wants there to be a tiered Internet, which just destroys the sense of equality it has been serving. How does the current issues of “Net Neutrality” abandonment come into play with what you're talking about here?

The Internet is an amazingly liberating tool in many ways but is a death sentence in just as many because of the level of reliance contemporary society has invested into it. I don't know why it's taken so long for a tiered Internet to exist in the USA but it doesn't surprise me at all.

Do you think this will affect things like street journalism?

Definitely. To what affect it does have is a bit difficult to say though. A lot of 'street journalism' operates through large corporate channels like Facebook, Twitter, Tumblr, so if those companies have pipelines, ISPs will have to directly target content and not just the platform, which would also not surprise me. However, these tactics of hierarchy will seemingly be efficient at eradicating radical networks that have been put in place over the past 20 years, which is by all means incredibly disconcerting.

How would it affect you personally?

I have several online projects that operate off of independent servers that will most likely be affected. Hopefully my host won't shut down as a result… One of the major things I'm worried about people losing access to is Wikipedia. They have been pretty adamant about net neutrality, SOPA, PIPA et al., and blacked their site out during the SOPA protests a couple years ago. Not sure if they have any ultimatums following this court ruling though.

“When a vacationing Afghani Jihadi, a first generation Mexican-American border patrol officer, and a stoned, 12 year old, native New Yorker simultaneously update their Facebook status to 'Why is Wikipedia blacked out?' on the same make of cell phone over free Starbucks WiFi, you know the apocalypse is already here.” That bit about three people tweeting the same thing from the same type of phone via same free wifi, is it factual?

It's factual in the sense that it's a common reality of contemporary society. Whether or not that particular situation occurred is nebulous.

What do you mean by civil suicide in the context of your work?

Civilization doesn't stop at where it is, it keeps on going and needs to consume and produce more constantly, especially industrialized civilization. This overconsumption and overproduction has expedited the level of disintegration and crisis the earth and humanity are presently experiencing. Near-total collapse is a quickly developing reality. See the National Climate Assessment's 1,300 page report.