History of the now with William Gibson 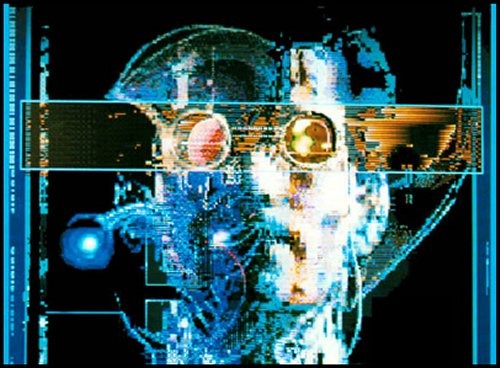 William Gibson is one of those guys that's so far ahead, no one realizes how far ahead he is until he has lapped us all again. In one of his books from about 10 years ago, he addresses cool hunting. In another one he talks about GPS positional mapping of experiences (or I think that's what it's about).

Those books were Pattern Recognition and Spook Country, and now Zero History is out to complete the trilogy of what he calls, “speculative novels of last Wednesday.” (h/t Maud Newton)

I'm not sure what that means but it'll take me until next Wednesday to figure it out.

Now, Gibson has more of an audience about the possibilities of our future rather than a focus on his actual writing. Here are a few selected bits of what he's saying about Zero History from around the interwebs.

On why he chooses certain objects to appear:

I myself have wondered why I do that — why I depict a universe of
man-made objects, with people walking among them (laughs). My best
answer is that it’s the way I perceive things. And I also suspect that
the narratives of objects are more available to us when the objects
themselves have become slightly decrepit. So I think my interest in old
things, and worn things, isn’t about nostalgia in any conventional
sense; it’s about the revelation of the narrative of how that object
came to be in the world, and what it once might have meant to someone. (via Maud Newton)

Wired.com: How about Twitter? More than most authors I’ve checked out, your tweet-happy avatar @GreatDismal
seems to be most comfortable messaging and cool-hunting on the service.
And in the novel, Twitter’s consistently used as a communication and
parenting device, depending on the spook.

Gibson: Well, I discovered Twitter while I was
writing the novel, and I immediately saw its odd potential for being a
tiny, private darknet that no one else can access. I’m always interested
in the spooky repurposing of everyday things. After a few days on
Twitter, what was most evident to me is that, if you set it up right,
it’s probably the most powerful novelty aggregator that has ever
existed. Magazines have always been novelty aggregators, and people who
work for them find and assemble new and interesting stuff, and people
like me buy them. Or used to buy them, when magazines were the most
efficient way to find novel things.

But now with Twitter, after following people who have proven
themselves to be extremely adroit and active novelty aggregators, I get
more random novelty every day that I can actually use. A lot of it just
slides by, but a lot of it is stuff that I used to have to go through
considerable trouble to find. And a lot of it is so beyond the stuff I
used to be able to find, which is good. (via Wired.com)

On piracy and fashion:

“Piracy, someone said, is a tax on fame,” Gibson volunteers when
asked about the comparatively low-index around intellectual property in
the fashion industry. While brand-names can be owned, copyrighted,
trademarked, basic architectural elements like zippers or buttons cannot
be. Instead, the fashion industry relies on gifting skilled designers
who are able to cannibalize those precise structural elements from times
past and position these as trending for upcoming collections. “I doubt
that luxury brands are actually damaged by knock-offs. But I think they
do want to be seen to be enforcing their supposed exclusivity.” (via PopMatters)

If something really is satire, I don’t enjoy it. It can’t be satire and
be that good. What I like is something that’s closer to a useful,
anthropological description that has a really, really sharp satirical
edge. Satire, traditionally in our culture, pushes the exaggeration past
where the edge really hurts, and you sort of just goof on it. But other
cultures, like the British, totally get it. Where you want to be with
satire is right on the razor’s edge, where it really hurts and you can’t
tell whether you’re being put on or not. (via Technoccult)