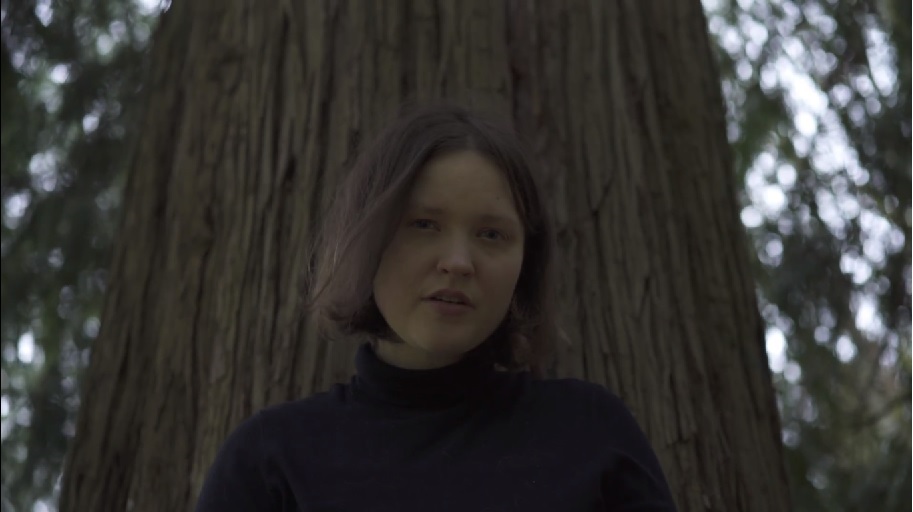 Jen O’Connor & Eric Krans are NYC act The Parlor who proudly present the world premiere of their new album Kiku available today via Five Kill. Taking their new album’s title from the Japanese noun for chrysanthemum, the duo expound upon the audio territories surveyed on their previous release Wahzu Wahzu with a record created with a floral motif of perseverance & beauty in the face of loss & struggles. From situations of despair & grief after the couple suffered a second miscarriage, the botanical bloom of the flowers that inspired the title appeared in their garden that elevated their requiem toward a creative sense of renewal & rebirth out of the life & death continuum. As O’Connor & Krans described the experience:

Kiku grew into something we never anticipated, reaching out across the plane of the living and the dead where we stumbled upon the tiny hand of the soul we lost. We brought a piece of her, of Kiku, back with us.

Recorded at The Kirk Estate, The Parlor’s Jen O’Connor and Eric Krans illustrate the processes of healing & growing in a spirited song cycle of sincere & dear hopes conveyed through candid musical exchanges. The weight of indescribable loss commences on the melancholy dream ambiance of “Soon”, the atmospheric trials of “You”, the electric haunts of “In”, to acknowledging the therapeutic floral fantasies of “Superbloom” that descend into the obfuscations of light & sight on “Blind”. The quest for calm and a ratification can be felt throughout Kiku; shimmering on the single “Lies”, to rolling on the perceptive electro-rhythms on “Eyes”, seeking some form of assurance on “Something” that leads to the emotional minimalism of “Deep” before sending the audience off with the gorgeous “Trust” that sees Jen & Eric walking off into the sunset—hand in hand on a path paved with chrysanthemum petals.

The Parlor’s Jen O’Connor & Eric Krans penned the following personal manifesto on the making of the new album Kiku:

We started writing Kiku as a way to process our grief after our second miscarriage. It was a way to begin to express feelings of loneliness, isolation, and despair, as well as the flickers of hope and a desperate love for something that had been lost. When we started writing these songs we weren’t thinking about how someday we would share them. We weren’t thinking about having to explain them in all their soul-exposing depth and heart-wrenching meaning. We just started writing. At some point healing began to occur and we realized that part of healing means talking about your pain. Sharing it so that others who might be experiencing a similar thing feel less alone. But that doesn’t make it easy.
Loss in general isn’t discussed with grace in our society. We tend to ignore the topic out of discomfort. Is it because we’re superstitious? Do we believe that speaking aloud about loss and grief will somehow further attract its attention? Instead we hope the feelings will fade in time. But to acknowledge grief is to honor it, and to honor it is to say what you are going through is real instead of trying to pretend it never happened or that hope it will heal in the dark.

Each song on this album represents a different state of our grief, a different experience of living in loss. From acute pain, to jealousy, to trying, to madness. From longing to acceptance. Front to back the album tells our personal journey. The feelings of inadequacy, the relentless setbacks, the crushing self-doubt, and the intense love that two humans share for one another and what they have created together—whether it was a brief life, or music.
Kiku is a deeply personal concept record. Kiku, the Japanese word for chrysanthemum, began blooming in our farmhouse garden immediately following our second miscarriage and so became a symbol of our grief, despair, resilience and faith. Kiku grew into something we never anticipated. What started only as vague sounds or plucked songs, grew unexpectedly into a kind of synth-folk chamber-pop. As we grieved, we wrote and as we recorded we felt ourselves reaching out across the plane of the living and the dead where we stumbled upon the tiny hand of the soul we lost. We brought a piece of her, of Kiku, back with us. It was as if Kiku shared her spirit through the creation of her eponymous requiem.
During the final recording & post-production stages of the record we suffered our third miscarriage. This third one took from us the last remnants of that picturesque American Dream we still carried with us. That privileged ideal of a sun-filled family future. But it left us feeling more determined than ever to bring our personal experiences into the light & claim them as our own.

The Parlor’s album Kiku is available now on Spotify & everywhere.