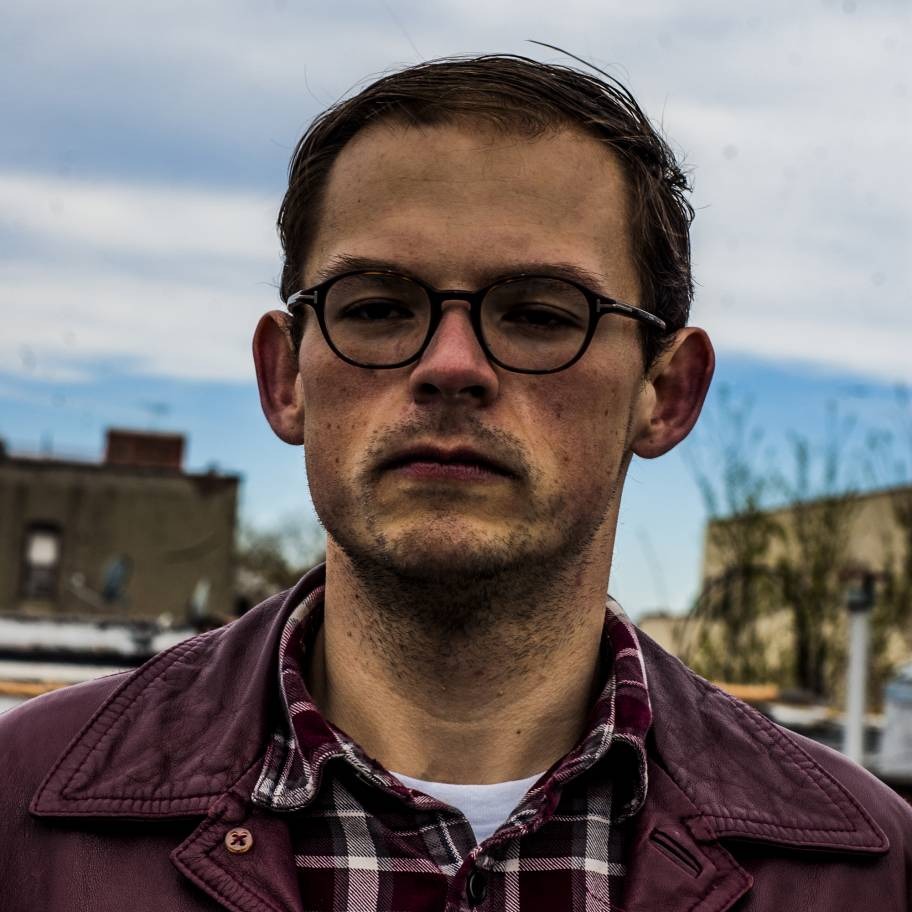 In our many behind the scenes inquiries, artists have often discussed with us in detail the art of instrumental dissonance. Today we study the case of post-classical symphonies from Brooklyn's Carl Creighton, where the piano is pushed to the type of note to scale registry more typical of church organs than the hammer of felted mallets on note arranged bells. In a first listen to “Baby Doll”, the symphonic pages of the theory books from Carl's upcoming album Brookings from Mecca Lecca become ripped into harmonic compositions for heartbreak and healing. Known for his work in the band Howth, Carl's solo outing transfers artifacts of the autobiographical into an artful dodging opportunity of expressionistic, audio impressionism.

The opening notes strike in similar alignments to the opening on the beginning progression from Beethoven's “Symphony No. 5”. Reverting to the acoustic art of the traditional piano, every iota of reverberating sound is pronounced through the loud notes pounded out by the keys. The dizzy overdubs that accompany the recitations of, “I love you more than you will ever know,” become blasted upward like audio particles from a mighty Wurlitzer. The complexities of loss and the metaphysical mediums of comprehension are coupled in the sustain pedal's song of passing, tearful praises, with the possibilities of a certain perdition spelled out in the cyclone of minor keys. “Say a prayer for me at the Lord's table, I'll join you when I'm able, if you hear me burning in the hell below…”

While Carl was waiting for a flight back to NYC, we were privleged to get a candid discussion that dives deep into the emotional aspects and elements of his evocative music.

Beginning with that piano progression base of Beethoven's Symphony No. 5 in the video is a great trick. What is it about Beethoven's approach to music writing that you are both attracted to or maybe even unattracted to in some ways?

I was listening to “Symphony No. 5” to get in the mood for answering this and my first thought was just how much work Beethoven must have put into making something that now sounds like it always existed. It's funny compared to the get-high-and-have-your-brother-click-the-record-button approach we implemented in making the Brookings album. But we share a love for drama, B and me. And his chord progressions are to die for.

Classic versus the modern and the post-modern? Where does all this fit in for you and your music, and come together in a cohesion that makes sense?

I never studied music, so I don't really know what's what most of the time. I think what I do is just a reflection of my taste in other people's music, be it classical or post-punk or whatever. I don't spend too much time thinking about how it fits into anything. I just like making it, whatever it ends up sounding like.

“Baby Doll” has this piano lead feeling where the whole instrument is played like an organ. What do you find that connects you to the power of the piano?

I learned how to play piano before anything else, so we have a history. I love how dynamic you can be on it. You can bang on it, tickle it. The piano on this song is the one I grew up with, so you can hear the years of banging I've done on it, which I think is cool.

With such a minimalistic, and acoustic centered sound, how did you manage to have that rising, and sweeping effect of grandiosity by the end of “Doll”?

A lot of layered takes. The sustain pedal helped. Also I was using my brother's digital 8-track to master it, so I played around with the panning and levels live. I think that added to making it sound big without being annoying.

Tell us about recording your upcoming album Brookings, like what considerations and focuses did you work with during the creation process?

I usually write songs as a way to deal with stuff and for Brookings, I was mostly dealing with living back in Minnesota after having been in New York for a while. My dad was sick and when he died, I stayed to take care of things for a while. So a lot of the songs are about that. And my sister died before him. So that's what “Baby Doll” is about. As far as the recording process, that really was just me and my brother getting high and seeing what happened. Didn't even really put that much effort into what songs would be on it. Just recorded what I thought was done. Some of them weren't even, but I guess they are what they are.

When did you first start making music?

I was in choir as a kid, so started music that way. Started the writing part when my mom got me a keyboard for my birthday.

Thoughts on the perks of being a solo artist, versus the more collaborative structure?

They're completely different things which is exciting. I really like making shit up on the spot with other people, so a good jam can be like a religious experience for me. And collaborating with my band Howth on structured songs is like working with music scientists. We experiment like crazy until we have the right formula. And I can hear the personality of each person in their parts, so the music feels much more alive and human than my solo stuff. I guess the perk for solo music is that I have a direct relationship with audience. And for the stuff I'm talking about on Brookings, that's probably better.

Brookings will be available digitally on March 25 from Mecca Lecca Recording Co.