CC Mose Premieres “The Chad Song”, Is an Ad for Oreos 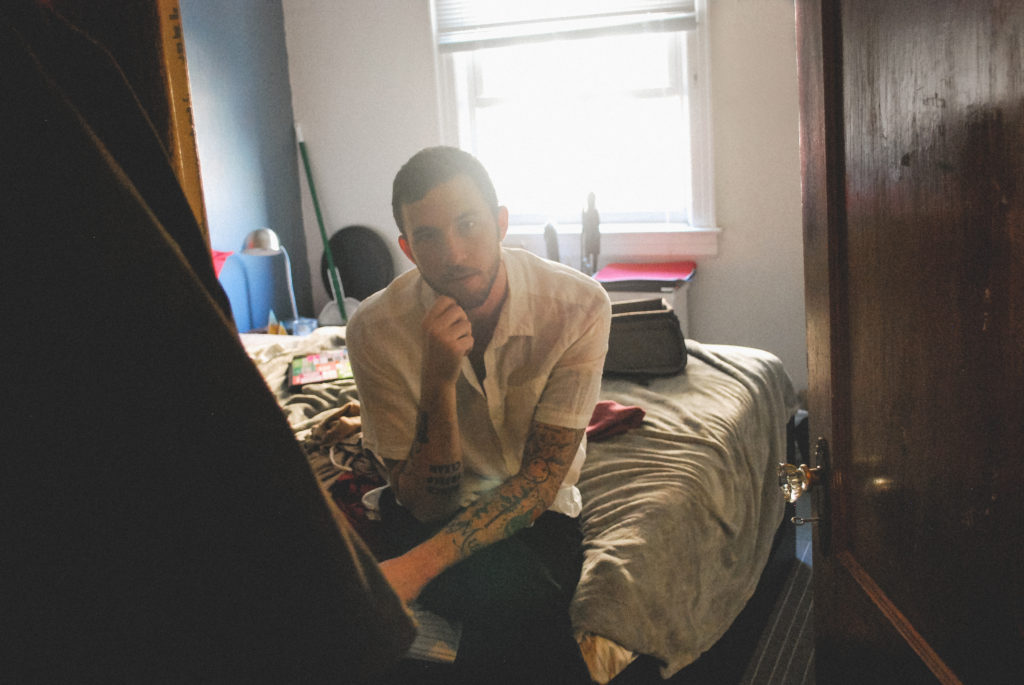 NYC-based songwriter Chris Robbins has found his home in the music world under the moniker CC Mose. He is revving up to release his debut LP Beat Me, a melancholic take on a pop sound. His album truly is a cross-country experience – its conception noted in his hometown of Kansas City, MO, then actualized in a basement in Portland, OR and rounded out in a sublet in Brooklyn – but wasn’t actually considered for release until much later, when speaking with a friend about his work. It hones in on many emotional aspects of life, and resonates widely in the idea of hind site, which is always 20/20. We’ve got the exclusive debut of his latest track “The Chad Song”.

“The Chad Song” begins low and slow, building up from a simple guitar progression into a full-fledged, rock-inspired track that is mellow to its core. CC Mose’s vocals are alluring, sweet and soulful at their core. “I don’t want that easy love” is a line that hits home with us, an extremely bittersweet reference to the way a unique love can shape your conception of it moving forward. This song is about hopes and dreams, and it’s definitely a lazy Sunday go-to.

We got a moment to speak with the artist about his upcoming debut, a labor of love that has been a quasi-family affair.

Where did the moniker CC Mose come about?

The C’s stand for my name and my brother’s name (Chris and Collin) and “Mose” is the pronunciation for the plural of MO spelled out.  (MO is the abbreviation for Missouri, where we’re from).

If you could describe your sound in one word, what would it be and why?

That’s tough.  I don’t know what I would describe it as.  Varying?  Haha.  There’s a few different “types” of songs on the record in my opinion.  Some are very singer-songwriter like and the others are not that at all.  Somehow they all work together (I think?)

Tell me about your album “Beat Me.”

Beat Me is the culmination of 3+ years of creativity pent up, spilled out, collected and materialized.  It’s a collection of songs that are very much a “scrapbook” of my life.  I recorded these songs in three different cities over three years with so many different people in my life during those times so listening to it is a little trip down memory lane.

What was the most fun part of creating your upcoming album?

The solitude.  10 of the 12 songs that make up the album were recorded alone and I really embraced that alone time.  It allowed me the time to shape these songs as naturally and organically as they could be according to my brain.

Did you encounter any challenges during the creation of the album?

Well, to be honest, I never thought I was making an album.  I went about this in a very song-by-song way.  With that said, there were most definitely challenges both sonically and songwriting wise when I was recorded each song.  The entire record was made using one microphone which was a challenge on a daily basis.  I think it ultimately gave each song some sort of character.

Who/what is your greatest inspiration?

My mom.  Without a doubt.  Anyone who knows her personally, has met her or has heard me talk about her can understand that.

If you were a food item, what would you be and why?

What can we expect from you in the future?

I’ll probably gain weight, my hair will start to gray (hopefully not fall out) and I’ll become even more grumpy and introverted than I already am.

Beat Me is out August 19th via Plastic Jurassic. It is available for preorder now.