Stream Cousins' The Halls of Wickwire 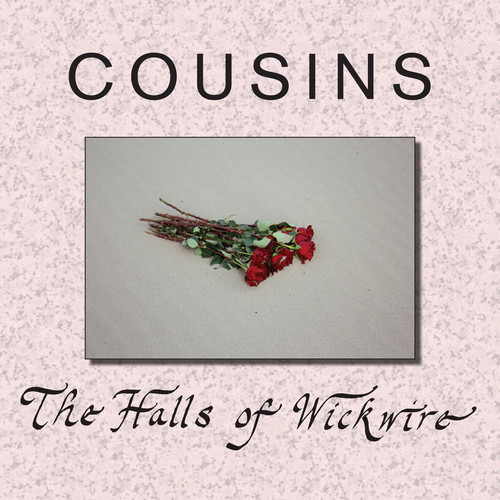 Halifax garage duo Cousins has taken many forms, according to member Leigh Dotey—first a solo project, briefly a four piece, then two, and occasionally three. She says, “Aaron (Mangle) was planning a two month tour of North America, and guitar player at that time, Pat, was unable to do the tour. I was planning on coming on tour to help with driving and have a good time, was taught the songs on drums, and joined the band.”

Last Spring, Mangle and Dotey announced that they'd be releasing a new album, The Halls of Wickwire, following up the band's 2012 LP The Palm At The End of the Mind, a subsequent split 12” with Construction & Destruction, and extensive tours in the US and Canada. After a year of anticaption, and one week in advance of its release, they're premiering a stream of the 10-track album below. Dotey comments, the “record was largely inspired by Betty Langille, Aaron's late Grandmother. Some of the songs are interpretations of Betty's descriptions of her changing world due to dementia.”

Produced by Holy Fuck member Graham Walsh, the record ambles along the spectrum of soft to hard, such as on “DEATH MAN”, making eerie use of sonic contrast and suspense. On lead single “Mess”, accompanied by a screwball stop-motion video directed by Neal Moignard, the electric howl of disjointed vocals and guitar, drum thrash, and heavy distortion pull the senses into a furious punk meat grinder. Elsewhere, as on “ALONE”, a sense of melancholic romance brings down the commotion for the ultimate breather.

The Halls of Wickwire comes out May 13 on Ba Da Bing and Hand Drawn Dracula. Stream the album, in all its complex glory, here.