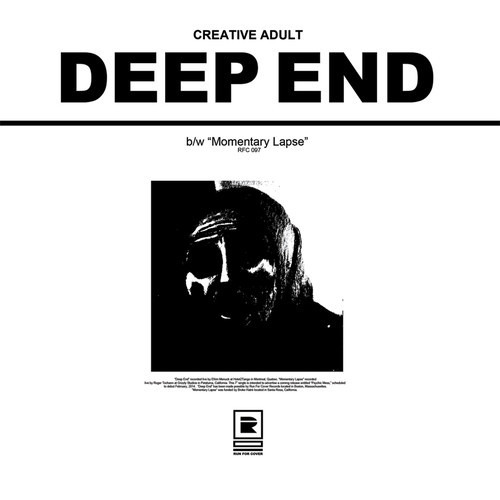 From California's North Bay punk breeding ground comes the triumphant debut release of Creative Adult, whose soon-to-blow-up Psychic Mess album shares a producer, Efrim Menuck, with Godspeed You! Black Emperor and showcases what this noisy band can do in the way of bombastic punch and moody emotion alike—captured perfectly in equal parts on “Deep End,” a new track off the album. Playing shows this year with the likes of Ceremony, Iceage, Whirr, and Nü Sensae, Creative Adult have inserted themselves into the right milieu, all the while safeguarding their authenticity. On tour, they'll be playing shows with Japanther, Solids, and more. This probably won't be the last time you'll hear this cross our lips, but . . . SXSW, watch out.

The heart-pounding track, “Deep End,” will also be featured on a one-time pressing of 500 limited edition 7-inches, featuring an unreleased B-side, available in stores January 28 via Boston's Run for Cover Records. Preorder Psychic Mess, out February 25, from the label, catch them on their West Coast tour, and stream “Deep End” below.