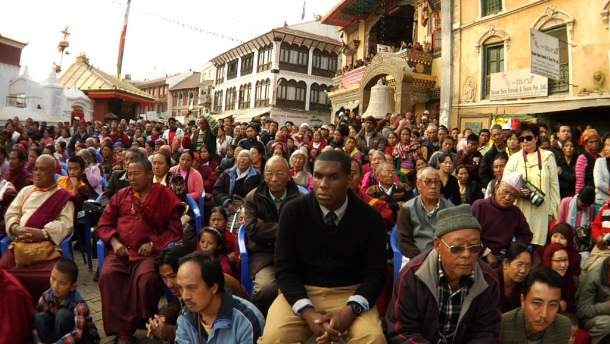 Jay Electronica has been called an enigma. Rightfully so, this man has demonstrated an impervious swagger against the typical downfalls of hip hop greats.

Blog and mixtape rapper hype is a pesky machine. What was once an avenue for street level buzz is now exploited for economic sustainability. With each mixtape, an anticipation builds for that focused record that embodies the potential exhibited within the mixtape. It doesn't work like that anymore though. The mixtape is the album. Worse yet, should an album finally be released, we do not support the official project, but move on to another mixtape phenomenon.

Jay Electronica is reverting online promotion to a pre-internet model. He creates a thirst for material without clogging our hard drives with 20 song mixtapes. He deletes his Myspace accounts, hides out in foreign countries and is signed to a label that is comfortable with the idea of him never putting out an album. Such anti-fame antics have buried careers, but he creates a deeper craving for his music from it.

In interviews he's often quoted as having a nostalgia for the less gluttonous times in music appreciation; when rappers put out one record every few years. Jay is pushing us backwards. His limited output, is infuriating because we've become greedy. For this, I thank you, Jay Electronica.

As I sit with the radio rip of “Exhibit C,” which found its way to the Internet last month, I am right there with the radio DJ wanting the bars spun back so I could hear him go off again. “They call me Jay Electronica/ fuck that, call me Jay Elec Hanukkah/ Jay Elec Yamaka… watch me Allah through your monitors.” I would quote the entire thing, but I could not follow the Islamic he spits.

We are fixated with Jay Electronica because he can imitate Nas without it being a canned impression, possibly making Nas diposable in the process. Why wait for Nas to finally redeem his missteps when we can listen to a hungry Jay Electronica do it better? He's been called a “rap Jack Kerouac” due to his nomadic history. He claims New Orleans, but on record his regional dialect is difficult to discern. He is the only rapper to put a seed in Erykah Badu's psychedlic-laced womb and not be seen in hemp dashikis, combat boots and a boulder cap as a result. There is something about Jay Electronica that makes him impervious to our evil intentions of performing our required hip hop charades.

He sounds like a chance at saving hip hop without his fans having to endure his empty proclamations of change. In fact, it is his disinterest in promises to his fans that gives me hope. There is a calculation to Jay Electronica that is either deceptive or endearing. With “Exhibit A” and “Exhibit C” out, both produced by Jus Blaze, the possibility of an EP feels imininent, but I remain concerned as to how long Jay Electronica can string us along.