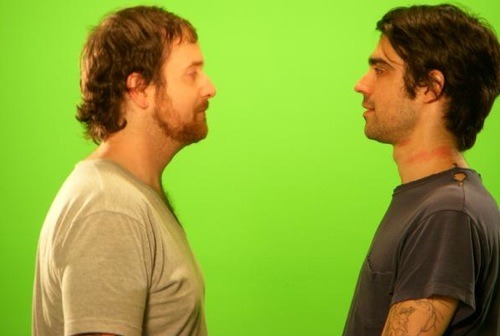 If this track is any indication (it is, we've heard the whole album), then Panther's still throwing crooked hooks and riffs left and right, but he's also grasping towards gooey, gorgeous guitar music that's the aural equivalent of warm fleece. “Love Is Sold” makes us think of some of the vocal cool-outs in a Yes! song as much as it does Can. Then the solo somewhere between Can and these guys breaks out in the last 16 measures or so and you rest assured that Charles Salas-Humara is the same weird dude who put out Secret Lawns, he's just shed some of the more ornate bits of his musical schizophrenia.