Stream Karen Meat’s On The Couch EP in full 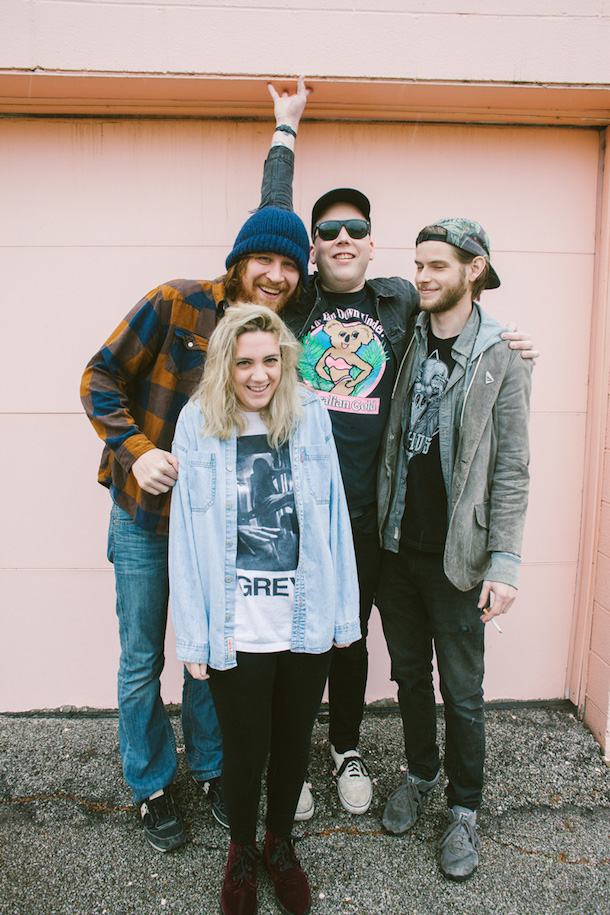 Des Moines’ Karen Meat have an instant and familiar punch. Maybe it’s because the founding duo of Arin Eaton and Brad Turk have been making pop music from varying distances for so long, their sound shuttling through so many permutations, that they’ve arrived at such a sweet spot. Last year Karen Meat emerged as Karen Meat & the Computer with a self-titled EP—titled as such because Eaton initially intended for the record to be made solo on her computer, until it grew into a collaborative effort with Turk, Phil Young, and John Huffman. Following that self-released collection of synth-powered lo-fi tunes with snarky and honest lyricism from both Eaton and Turk, Karen Meat are offering another EP, On The Couch.

The group, now a four-piece, remind us that hanging on the couch with someone you like can sometimes be what you need, sometimes more gratifying than any noteworthy milestone. So much of On The Couch surrounds the purely mundane—driving to work, drinking beer (or moonshine)—but Karen Meat inject a pop vitality into even the most menial things, Eaton and Turk’s voices cheeky against bright keys and Gameboy bloops. There’s a rare conversational honesty in their lyrics—Eaton brings in cutting lines like “Is he still human? / I have my doubts / can’t even kick it on the couch.” These songs are charged with an adolescent brazenness, like on the last track when she sings matter-of-factly, “Who cares about anything? / That’s why I pissed on your front porch.” Still so much generosity, so much affection and humor linger here, even with the abundance of frustration and nerve as backbone. It’s pop music, and there’s a twee softness to their most hard-edged statements.

On The Couch is out June 3 via Sump Pump Records, and you can stream the whole EP below. You can catch Karen Meat & The Computer this summer as they tour the midwest.