The Shape of Punk to Come sucks 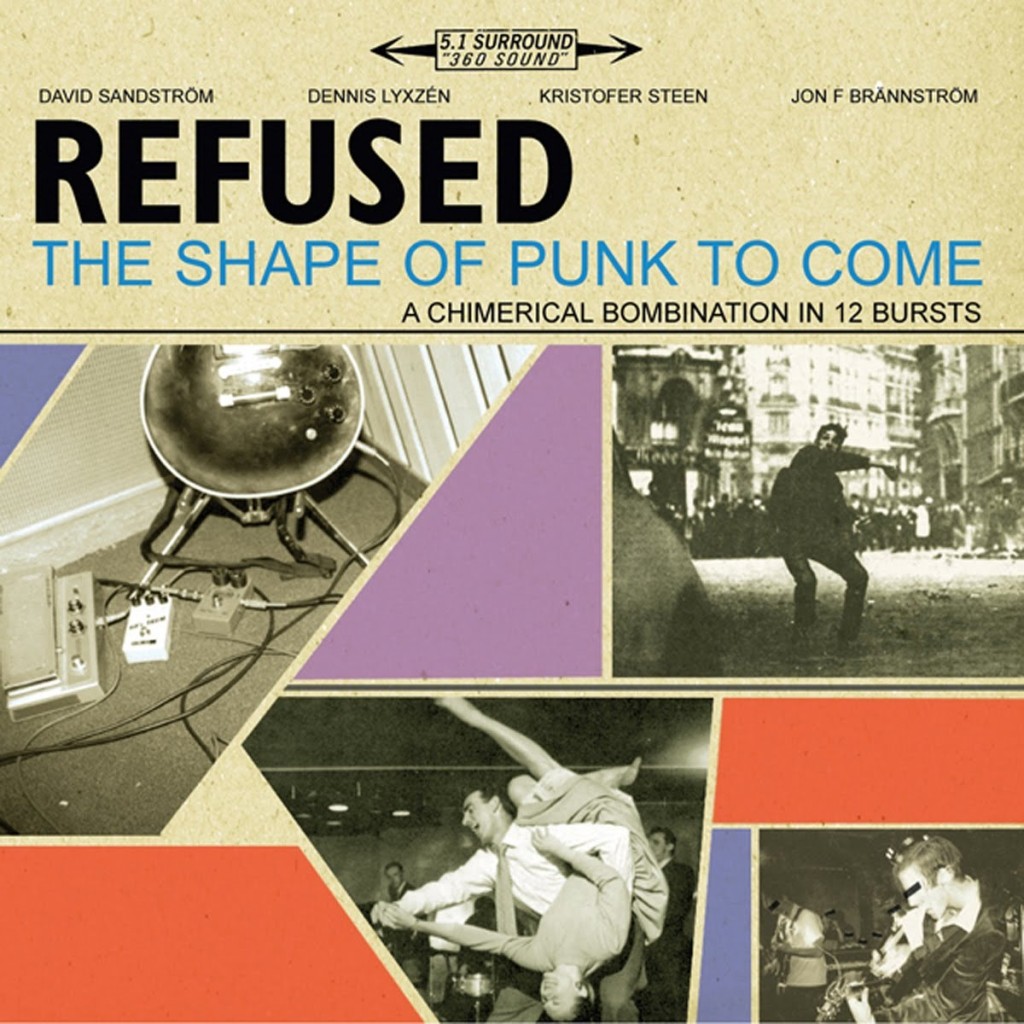 I'm not ashamed to admit that I liked mid to late 90s hardcore in high school during the mid to late 90s. Despair, early Integrity, Unbroken, etc. That's good shit I won't hate on for a second. In fact, if you are in my age group (25-30-ish), and you feel the need to talk badly about this stuff, I'll probably lump you under one of these three categories:

1. You never had any cool hardcore friends. You probably were under the (correct) assumption that most hardcore was fucking terrible and by default, so were the people that listened to the music.

3. You're a liar and you sold all your hardcore records on eBay as soon as you started art school.

That's really it. Aside from a few friends who are brave enough to admit that they were Phishheads in their past life, I'd feel comfortable guesstimating that 75% of my associates with any sort of “punk training” in their formative years had some positive exposure to hardcore.

One way to get somebody to fess up is to bring up The Shape of Punk to Come by Refused. Nine times out of ten the person you are talking to will end up pissing themselves all over that album, possibly using terms like “game changing”, “revolutionary”, or even better: “Second coming of Nation of Ulysses”.

I'm here to tell you that if they say any of those things, please feel free to tell them to shut the fuck up. The Shape of Punk to Come (T.S.o.P.t.C. henceforth) is the single most overrated album to come out in the late 90s. You know what T.S.o.P.t.C. really is? It's a bad attempt at combining Born Against and N.o.U with a bunch of techno music thrown in — that upon any listen today, seems incredibly dated — and it's perpetrated by a bunch of Swedes with government art grants and books on Situationist International.

And while it doesn't have anything to do with the album in question per se, lead singer Dennis Lyxzén's post-Refused project, The (International) Noise Conspiracy, exposed him as nothing but an Ian Svenonious wanna-be. All posturing and no product. If Refused was an attempt at being Nation of Ulysses, The (International) Noise Conspiracy was a pathetic attempt at pinching some magic from The Make Up. Where does the whole scam get uncovered? Unlike everything Svenonious has ever put out (in terms of music), all of Lyxzén's “seminal” work was issued on what we might as well go ahead and call a major label, Epitaph. I don't want to pull the “what's punk and what's not card”, but to me, this fact helps to further debunk the legacy of T.S.o.P.t.C., and pretty much the entire Refused/Lyxzén catalog as a bunch of crap we'd already heard before, but by people who did it better and had more integrity.

Sorry to burst your bubble. I know you thought you were really part of something special with this one. Maybe you can rest easy knowing that at their best, Refused were simply a thinking persons Rage Against the Machine, and that right now, somewhere in Ohio, a bunch of Juggalos are wigging out to this song and thinking “man, if only this band didn't break up, they could totally play the Gathering next year.”

Yeh, sorry. Your favorite record that is going to be given the “deluxe reissue” treatment on Epitaph in June is at best nothing but a really good nu-metal album that you will defend to the death because you're a sentimental bastard and you need to fight for what's right.