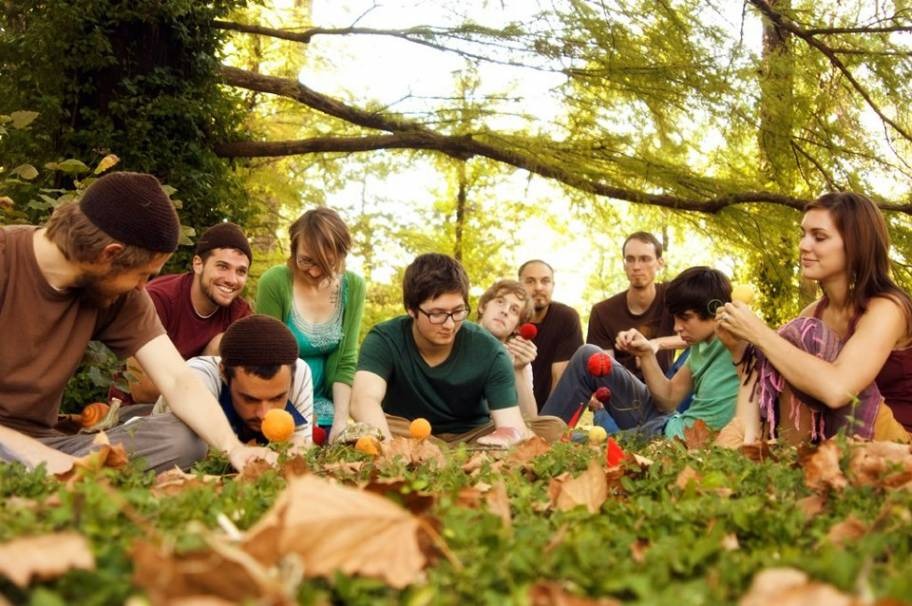 Given that the bulk of Impose's offices are based in some of the most bustling, and hectic municipalities in the 50 states; we are thankful that The Wonder Revolution from Wichita, Kansas helped us to slow our roll for a moment to see a mystical world through the musical eyes of fascination and intrigue. Premiering their single “Wonder Lensed”, the Sunflower State's revered guitarist David Lord combines talents with Les Easterby, known for his work in The World Palindrome, The World Palestine, And Academy, and so on. The longtime friends expand their collaboration with the help from fellow folks to further the holistic fostering of their “wondermusic” brand, with the forthcoming album WOW available at the end of May from Air House Records. This upcoming album from The Wonder Revolution comes from the rising Witchita imprint home to Paper Airplanes, and the Coming Together for a Cure, Vol. 2 benefit compilation for muscular dystrophy featuring songs from Thee Oh Sees, Cave Singers, Elf Power, Shine Brothers, and more.

All throughout “Wonder Lensed”, the notes fall into place like scattering of leaves, sticks, pebbles, and brush by the natural hand of the breeze. Much has been made about David's tuning tricks for classical guitar, where him and Les are able to entertain their inner Sandy Bull re-inventors where every instrument is treated like a wind chime conduit intrinsic to the patterns and direction of weather and position of an orange painted sun. The chords and strings turn like a wind vane responds to convection shifts, where the arrangement and song flow passes like a meditative shared experience between the earth and it's inhabitants. The chorus hook observes all these organic wonders, with the light saw and swing of guitar before returning to the happenstance cluster of strums, and awe-inspiring “ahhhhs” sung in unison.

The Wonder Revolution's David Lord talked with us about the collaborative methods shared between him and Les, their upcoming album WOW, nature and the wonder experience, the report from Wichita, and more.

Tell us about creating this kind of sincerity and reverence that is, 'wondermusic'.

The creation process is a type of wonder experience formed with a similar mindset as when I explore the forest, gaze at the sky or am able to do anything and be in the moment, with some distance from mental chatter. Composing music is one of the easiest ways for me to be in the moment. When the music is flowing, there is nothing happening mentally other than watching the music flow. And it feels magical and beautiful. Sincerity and reverence seem to be natural byproducts of this process.

How did you and your friends channel this 'wondermusic' current into the full-length, WOW?

Les and I never talked about the concept of the album, or even about 'wondermusic.' It seemed like it was all understood at an intuitive level. I would write and record the guitar parts for a few songs every week, give the tracks to Les, and he would compose the vocal melodies. Then we added bass and drums later. This was the
first time we had ever worked together, but it was so effortlessly natural. Les is one of my all time favorite musicians. He is a genius to me and I am constantly in awe of everything he does. So it was a dream come true for me to have the opportunity to work with him.

What impact do you feel that Micajah Ryan's engineering had on the album?

Micajah and I built Air House Studios together and he has taught me everything I know about recording. On this album, he would sort of help supervise in getting sounds, then helped a lot during mixing. His impact on this album or any of my projects can't be measured because it informs everything I do. He has been a true mentor to me and I can't even imagine my creative life without him.

What was the song-writing lens utilized when composing and recording, “Wonder Lensed”?

I don't really think much about the song ahead of time. The songs on this album always began with me tuning my classical guitar to a random alternate tuning, setting up the mic in the studio, then improvising until parts are formed. But once the initial mood of the piece was established, it definitely had it's own lens or identity
that served as a guide as to what followed. I don't know how to put it into words, but there was a unique approach or feeling while composing and recording that particular song. I remember how it felt. Kind of a mystical feeling, for lack of a better word.

Can you give us a taste of what the Wichita scene is like?

It feels like Wichita is a good place for creativity. People here aren't really thinking about 'making it" in the way that they might be in bigger cities, so that frees people up to just be creative and do whatever they want. There is a strong DIY scene here. Micajah has also really helped, bringing his world class engineering experience to Wichita, and helping us all record our music. He helped Paper Airplanes get an audition with Capitol Records and has helped in forming Air House Records, which has been getting some good national attention, recently releasing a compilation featuring Thee Oh Sees, Elf Power and a bunch of national bands. So the scene is definitely developing. The creativity has always been here, but now we are starting to have the tools to export it beyond Wichita.

All of Les Easterby's other projects: The World Palindrome, The World Palestine, And Academy. Another favorite is Paper Airplanes, Marcus Stoesz, the songwriter is a genius and a perfect example of Wichita creativity. The Monoplex, Scenery and This Great October have been some of my favorite bands from the past several years and The Travel Guide is a really good new Wichita band. Appleseed Cast is another great Kansas band. Two of my good friends, drummer Nathan Wilder (who has played on all of the Wonder Revolution albums) and bassist Nathan Whitman are now playing in that band.

Spring and summer plan for The Wonder Revolution?

The Wonder Revolution is an ever evolving project. This spring and summer we will be touring around the Midwest with a trio, myself, Thayne Coleman, Lindsay Bowling, performing new material from an upcoming album. Les and I will do occasional performances of WOW material around the area. I will be also be touring the Midwest with my solo set, Francis Moss. In the studio, we will be finishing up a few older wonder albums that we have been working on for the past several years. I also hope to begin working on a new album with Les that will be a follow up to WOW.

The Wonder Revolution's album WOW will be available May 27 from Air House Records.