Where to next, Liars? 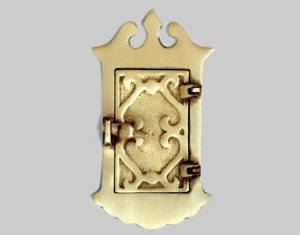 What do you think of the new Liars song? Does it sound like a Liars song?

Put it in context: it's the lead-off track of their fifth album, and the four albums prior to that sort of went like this:

01, They Threw Us All In A Trench And Stuck A Monument On Top: Proto-blog buzz band in league with original excitement with the Yeah Yeah Yeahs that inspired knee-jerk No Wave comparisons. He dated Karen O, savior of next-wave punk rock, remember.

02, They Were Wrong, So We Drowned: Grumpy head in a basement, fuck off noise album. Now they don't have to worry about those proto-blog buzz fans.

03, Drums Not Dead: Kraut-revivalism straight outta Berlin. Three strikes and your out of any stylistic commitments. And the critics like you again.

04, Liars: A “rock” album with “real songs” that won them plenty of blog buzz fans.

05, Sisterworld: If creative cycles came out like clean linens, this album would be to Liars what They Were Wrong was for Trench. Not gonna happen. World's first hardcore opera, though?

Choral harmonizing eat up half of “Scissor” before a metal line played like hardcore devours the rest. The most novel thing about it is the scaly dryness of Angus Andrew's voice -they quit reverb, at least for a minute and a half, backed by strings. Enter hardcore metal, and pretty choral passages, to boot.

Stereogum's chimed in on the whole album. They say:

The minute forty five mark offers a taste of what's to come (the clatter of “Scarecrows On A Killer Slant” and “The Overachievers,” the airier excursions like “Goodnight Everything” and the stringed “Here Comes All The People”) before a slight return. Baby steps.

What do you think of the track?