Livestream Picks of the Week 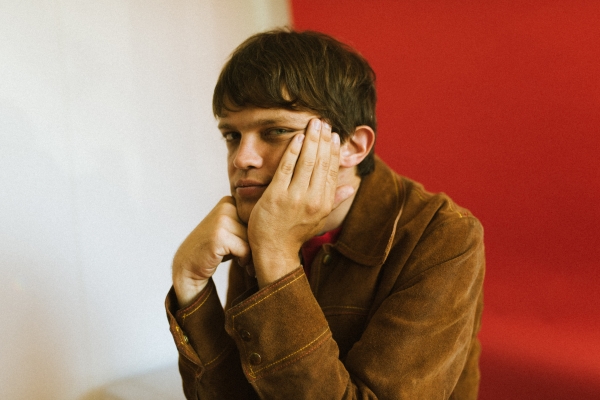 We’re back to fill you in on all the shows you can dance to, trip out and freak out to from the comfort of your home. Which is as close as it’s gonna get to the real thing these days.

Honor Her Wish: An Exclusive Tribute to Ruth Bader Ginsburg: On today’s first day of Supreme Court Confirmation hearings, a flock of artists will perform to honor and highlight the life, legacy and causes of RBG. Performers include Kathleen Hanna, Michael Stipe, Phoebe Bridgers, Hayley Williams, Jon Batiste, Ke$ha, Margot Price and many others. You can support her continued fight for justice and RSVP HERE. Show starts at 5 PM PT.

Touché Amoré: The L.A. post-hardcore heroes released their forward-thinking and cathartic new album Lament this past Friday. To celebrate its release, the band will perform a virtual show today at 6 PM PT over on Twitch. A must-watch for devout Touché Amoré fans (of which there are many). Check it out HERE.

Metz: The beloved Canadian DIY punk vets Metz just released their towering and transgressive new LP Atlas Vending, which manages to fully capture the spirit of the band’s raucous live show. Thankfully you’ll get to see them put those tracks to the test as they perform a hometown livestream show from the Toronto Opera House at 6 PM PT. The show streams via Dice FM; you can buy tix and watch HERE.

Jeff Rosenstock: The DIY pop-punk journeyman is basking in the glow of his latest LP, the bombastic and spirited NO DREAM. He’ll perform those tracks and other classics in his new pre-recorded full-band show, Death Rosenstock: Live From the Garden, streaming on Polyvinyl’s YouTube page at 7 PM PT. Make your Friday night an energetic one HERE.

Run The Jewels: One of the year’s most defining records so far is Run The Jewels’ RTJ4. Upon its release, the LP was a true industry event, and this weekend the duo of Killer Mike and El-P will finally get around to performing the album in full with guests Mavis Staples, Zack De La Rocha and Josh Homme in tow. The set will debut on AdultSwim.com at midnight and will be available to watch on their YouTube shortly after. This one’s a can’t-miss.

Christine and the Queens: One of the best indie dance-pop acts of the last decade, Christine and the Queens will perform a live session on KEXP’s always wonderfully curated KEXP At Home series. The Seattle radio station consistently delivers wonderful performance clips and interviews, and Christine is one of the most electrifying entertainers in the industry. Check it out in full HERE at 1 PM PT.

Save Our Stages Festival: Save Our Stages is one of the most vital causes for the live and independent music industry during these challenging economic times. To benefit the cause, the National Independent Venue Association (NIVA) will host a three-day virtual benefit festival with various artists and organizations rallying to aid the venues at risk of shuttering. Performers include Foo Fighters, Brittany Howard, Phoebe Bridgers, Major Lazer, Portugal. The Man, The Roots, YG, and many more. You can watch it on NIVA’s YouTube page HERE.