The Radical Potential of a Boy Wizard 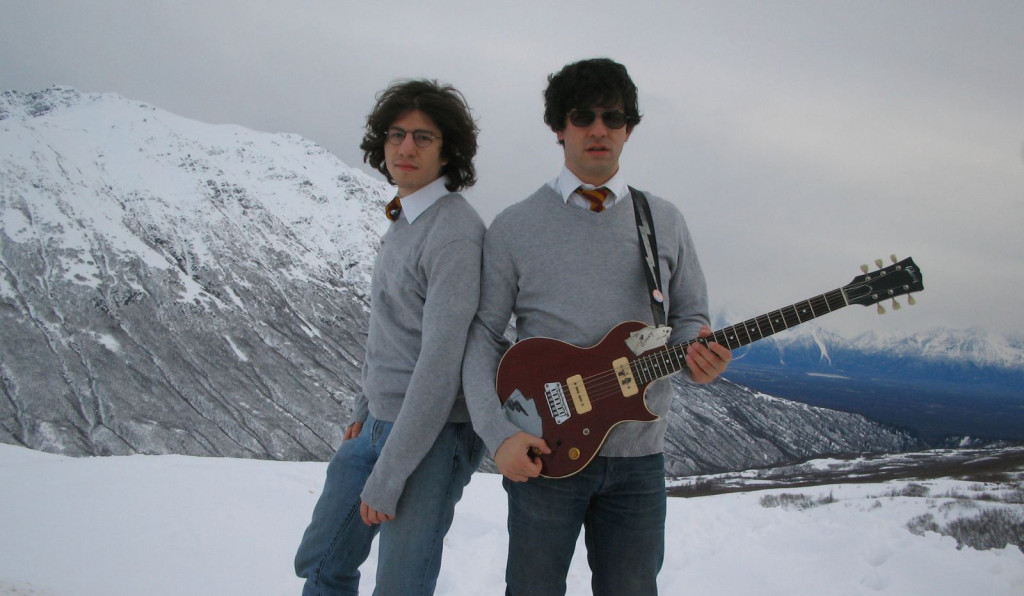 If you’ve dabbled in wizarding fan culture at all over the last 13 years, you’ll know Harry and the Potters as the world’s foremost Harry Potter rock band. Formed in 2002 by brothers Joe and Paul DeGeorge, they are the originators and primary champions of a genre since dubbed “Wizard Rock.”

Now eight years after the publication of Rowling’s last book in the series, the brothers are still playing packed clubs and libraries throughout the world. Part of the continued appeal is their ability to transcend their source material by bringing the books’ political and moral lessons into our own world. Their shows are part political rally, part role playing convention, and part religious ceremony, as the band implores the audience to fight greed and seek power in love and protest.

They’ve even created their own non-profit group–Harry Potter Alliance–to transfer the energy of fan culture into organizing campaigns and “Fight Voldemort in the Real World.” I spoke with the brothers about how they’ve so effectively transformed a book series about a boy wizard into a powerful catalyst for change.

JOEY LA NEVE DeFRANCESCO: So many works of popular culture follow a typical good-versus-evil storyline yet take no political stand. What’s special about the Harry Potter books that makes them especially meaningful to real life politics?

Paul DeGeorge: You’re absolutely right. So many stories will take that big-versus-evil story, but fail to unpack any of the elements of evil or the motives of those who support it. I think Harry Potter succeeds because Rowling is so intent on providing a much clearer picture of the social and political landscape that fosters Voldemort’s ascent as a more archetypal villain. There are many smaller evils along the way to that big evil, and pretty much every character is the story is complicit in at least some way of propping up this system.

There’s wrongful and unjust imprisonment at Azkaban, classism around blood-purity where children born to one or more non-magical parents are viewed as lesser by traditional wizard families (the word “mudblood,” which describes these wizards, is essentially the wizard world’s equivalent of racial slur), the enslavement of house elves, and a society as a whole that regards entire classes of intelligent magical creatures (centaurs, goblins, giants, etc.) as either lesser or subservient.

The wizard world feels real because there are whole host of social and political issues that actually effect the characters in the story. And even when the ultimate evil (Voldemort) has been defeated, that doesn’t mean these other issues have been solved. I think the richness of the social and political structure is a big part of why the Harry Potter books have made such an impact and how they continue to help us make sense of our own messed up world.

There are many smaller evils along the way to that big evil, and pretty much every character is the story is complicit in at least some way of propping up this system.

Joe DeGeorge: A friend of mine once derided Star Wars as being surprisingly apolitical for a movie about a rebellion. That seems to me the quintessential story of the last 50 years that has the potential to come up with some sort of political narrative but just fails at every juncture. Why is there even a rebellion in that movie? I have yet to receive a satisfying explanation concerning the politics of Star Wars.

But with regard to Harry Potter, those stories are loaded with their own politics, and the generation I grew up with is able to resonate with the politics in these stories. In Rowling’s wizarding world, the Ministry of Magic refuses to acknowledge the return to power of the hateful wizard Voldemort. The magical government is inept and takes no action or preparations to combat the policies of hate that Voldemort and company invest themselves in. In our world we see ignorance, indifference and worse, straight up denial with our leaders failing to recognize climate change, or blatantly ignoring genocide and civil wars. In the Harry Potter books it is the youth that become empowered to take action, as nearly every adult in a position of official political and bureaucratic power is useless or regressive, from the ignorance displayed by the Minsters of Magic to the top-down educational reformers who come to school and censor valuable defensive knowledge from the students. Harry and his comrades even organize a sort of student union to demand that they be taught the skills they need to survive in a world increasingly dominated by aristocratic racist wizards, and take on a lot of this education on their own.

The Harry Potter books are meaningful to real life politics because they create an empowering narrative for people set against a backdrop of dark and oppressive magic forces that yield social consequences. Through friendship and imagination of a better and more accepting world the characters in the stories rise against the wizarding systems of oppression and hate. I think any activist would find something to resonate with in the Harry Potter stories. A whole generation has grown up with these stories and they all have common experiences in this story. It may be a work of fantasy, but the political narratives in Harry Potter are a legitimate source of inspiration for people and a valid foundation for social action.

Continue reading Joey’s interview with Harry and the Potters over at the Spark Mag.