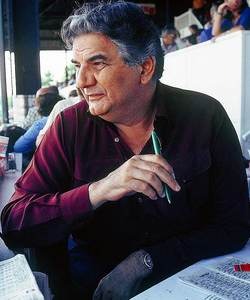 I return victorious! Well, above .500 at least.

In my first round of publicly airing my predictions, I went a modest but respectable 8-5. I did have a few blown calls, especially when it came to Randy Moss, but who could predict that the Friday lunch buffet would be so bad it would be worth getting fired over? Had I known Tinucci's Restaurant was catering the post-practice lunch, then of course I wouldn't have picked the Vikings to win. Have you been there? I'm with Randy, it fucking sucks. Ah well, live and learn. Just like you'll learn I am the GZA of this prediction game. My third eye sees it coming. So if you're a betting man, may I suggest…

Prediction: Did you know Mark Sanchez was an anchor baby? He took the job of a naturally born American athlete who was too lazy to to do the work it takes to become an NFL quarterback, and now it makes me angry that all my white girl friends find him more attractive than me. Not like Matt Stafford. Now there's a pure-bred, all American quarterback who doesn't threaten my masculinity. Then again, Sanchez might cut me. Better go with the Jets to be safe.

Prediction: Each week there is one game that is so low on the radar, you can tell even the announcers calling the game don't care. And neither do I, so I'll say the Chargers.

Prediction: Last week I picked Miami to lose because I thought the Dolphin was a pussy animal. Man, was I wrong. I even heard a rumor this week they actually kill more humans annually than sharks do. Is that true? I don't know, but has anyone else noticed a Raven would perfectly plug a blowhole? Baltimore wins with their strangulating defense.

Prediction: You think New Orleans is going to lose the week Lil Wayne was released from prison? To a team who can't even pick a damn state to represent? Please son.

Prediction: The Vikings are in such disarray they have a 41-year-old quarterback who has more interceptions than touchdowns that they refuse to bench, but they waived the hall of fame receiver they just traded for because he complained about the food in the locker room. Last year they were like Bristol Palin, this year they're like Trig. But even the tard Palin gets on a magazine cover every now and then, and this is one of those times. Vikings in a shoot out.

Prediction: If you read my quasi-political rant—or have paid attention to sports at any time in the past 30 years—you'll know Buffalo sports fans are experts in misery. Which is why the Bills will win their only game of the year this week against the Bears. How is that misery you ask? The Bills play this “home” game in Toronto, meaning even the most die-hard season ticket holders won't be able to see it in person.

Prediction: God I hate the Patriots. I hate Tom Brady and his smug, republican, chiseled chin. I hate Bill Belichick and his Bieber hoodies. And because the team I root for sucks so bad, I've resorted to rooting for every team the Patriots play against. Unfortunately, the Browns are coached by Eric Mangini, so I'm preparing for yet another let down. Side note, remember when Jets fans called him the Mangenius? Hahahahahahahahahahahahahahahaha.

Prediction: Hope you have plenty of fantasy players on the Eagles and the Colts this week, because they're going to be slangin' TDs like rocks. I'm sorry, that was unprofessional of me. Let's just say scoring TDs in this game will be as easy as shooting a pit bull hanging by a tree in your backyard. Eagles with Vick at QB. That's right, I went there.

Prediction: Indians versus pirates, it's a classic American tale. Can you think of anything more ingrained into our culture than racism and looting? If you said guns, you're right. And what killed the Indians the first time around? Men on boats carrying guns. The silver and black is back baby!

Prediction: I'm giving this game my upset prediction of the week. Most of America will be upset that they'll be forced to sit through more T.Ocho show promos while watching this primetime game. The Steelers will win so easily Ben Roethlisberger will have time to hit on Marvin Lewis' daughter.