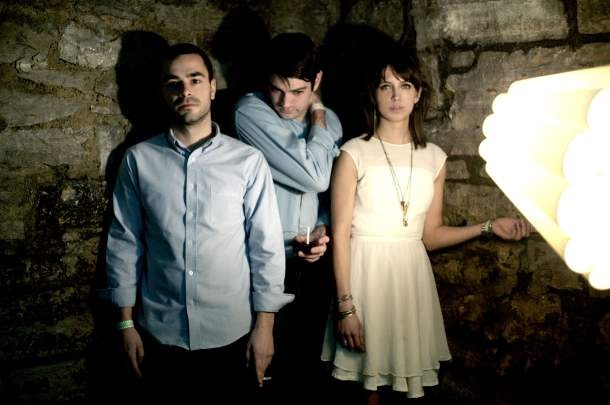 Over the Sea and Off the Hook

Of all the modes of transportation I have experienced, one in particular has captured my attention to the degree in which I have spent hours effortlessly ruminating on its unsuspecting eccentricities. It does not have the Hitchcockian romance of a train, or the every-man's punching-bag grievances of air travel or the thoroughly covered ground of being on the road. It is marketed neither explicitly for efficiency or leisure, its historical endurance a result of occupying a functional niche. It is the persistent and innocuous underdog of travel…the ferry.

The entry point for my desire to unearth the ferry's novelty is firmly rooted in the uncanny. To set the scene, I had already spent many days inside an autonomous moving structure responsible for transporting me from location to location – a Mercedes Sprinter Van while on tour in Europe, to be exact – when suddenly the vehicles role had been usurped; stripped away by a much larger and more efficient moving thing, the ferry. The Sprinter van is large and powerful in itself but relativity was immediately put in place while driving onto the lower deck of the ferry. The van became inert, relieved of it's position for the time being. Whether a traveling musician or just traveler, the fellow passengers funneling out of their respective vehicles on the lower level of the ship were off the hook as well. It was during this unloading that I noticed men in special suits walking around visiting every vehicle with a sensor and an earpiece. The device that they had in hand would detect a heartbeat through the exterior of a vehicle. After I shrugged off the oddity and subdued the childlike glee that this spectacle, with its nod to science fiction invoked, this seemed to be a practical measure to insure against human contraband, from unpaid passengers to something altogether more criminal. But peel back a layer and you will find something endearing and human. If the ship were to encounter some kind of accident, minor or major, that punctured the exterior of the lower level while en route, anyone on that level is likely to be doomed, for the lower level is secured shut during passage. The device the men were using is essentially a stethoscope and it is employed here to offer the same well-being assurance that the traditional medicinal instrument provides. It was this uncanny onion ( science fiction! care! care disguised in utilitarian uniforms! ) that catalyzed my desire for further interest.

This procession onto the deck is reminiscent of the proverbial entering into the belly of the whale. Not only in its conspicuous theatrical attributes, being inside something considerably larger than you and the affiliation with the sea, but a case can also be made regarding its metaphorical implications. In Joseph Campbell's ever-popular analysis of mythologies, the “Entering the Whale” part of a story is when the protagonist and his crew are forced to enter into an interior space; held hostage by physical barriers and whatever outside authority is working against them. In this indeterminate amount of time, acquisition of power occurs. It is a timely gestation period made all the more effective because their position is unbeknownst to the outside world, to which they appear dead. My experiences on ferries have always been overseas, crossing the English Channel from Dover to Calais or vice versa. Traveling in a foreign country, without a phone and sometimes without a language, already induces a paranoia that nobody would know if something happened to you. Additionally, all of the ferries I have been on have been without internet access, the communication net you can usually fall back on in these types of situations. With this portal to the world outside of your immediate one cut-off, the crutch in which you become even more accustomed to overseas, feeling “dead” to the outside world, while melodramatic, is not far off base. The womb-like analogies of the “Entering a Whale” phase apply here as well, for it could be said that you are dead to the outside world before you are born, and in this time nurtured to cultivate strength. This can be seen as we take into account the duration of the journey.

The environment of a ferry is an example of the anthropological concept of an “Any-Space-Whatever”; the public space and time between two points in which identities are homogenized and opportunities are limited. Think of a doctor's waiting room, the bus stop or an airport terminal, in which everyone is a slave to the bureaucracy of time, provided with the same generic entertainment and choosing from the same menu regardless of class status. Sovereignty is relinquished for service but this is not all together unwelcome. Responsibility and the burden of choice are left behind as well, under the pillow of common comforts, with the tooth fairy-as-enabler leaving you the silver lining of the obligatory passage. Passenger status on a ferry induces the same infantilization as being on a plane, another Any Space Whatever. To pass the time on a plane, you really have no reason not to watch a mind-numbing, canned excuse for a movie. And nobody flinches, yourself included, when you buy a $7 cocktail or look at gossip magazines. The lack of option combined with wealth of time enables a lowering of standards and indulgence in the base novelties of life. The vulnerability of being a passenger, also shared, dumbs you down. You may even think you like that movie when the credits role.

But the ferry offers more isolation than being on a plane and doesn't carry with it the aggressively cliche activity options. You will never find yourself captive to a curious or talkative neighbor, or feel inclined to be one yourself. The typical ferry is 500 feet long, that is five times the length of the largest of the aforementioned whale, so even at full capacity, you find may find yourself mimicking the DVD icon that trans-passes the length of a movie-viewing screen at rest, carrying on via auto-pilot in a straight line, hitting nothing until at the confines of the space, turn around, repeat. But reaching the limits of the deck space of a ferry may be a cause for pause. Here, looking out onto the channel, you are made aware of your surroundings. The ship being so large and in constant motion, it is very easy to forget, quickly within the 90 minutes of passage, that you are even moving at all. A view from the back deck will put you in place, with the evidence of the power of the ships engine creating violent, ever-changing undulations, a consistent inconsistency…the stuff of meditations.

It is perhaps this rose-colored ennui that is the sleeper benefit of ferry travel. The attributes of a ferry encourage you to be idle; bored without restlessness, uninterested without discouragement, a satiety brought on by nothingness. You are unplugged by default, in a veritable no-man's land between two countries with nothing expected of you. The ninety minutes I am on that ferry always go by too quickly, although I do nothing, a phenomenon that only occurs to Tibetan Monks in meditation or two people deeply in love. The ferry is a mini lackadaisical vacation, a vessel for subtle rejuvenation that works by blindsiding you with its mundanity, exposing the cracks in the familiar.

Times New Viking's Dancer Equired is out now on Merge.