Charlie Looker has got a lot going on these days. This fall saw the release, at last, of two seminal albums featuring his contributions: first Rise Above, the Dirty Projectors’ daring re-imagining of Black Flag for which he played guitar, and soon afterwards Arms, the new album from avant jazz/classical/rock collective Zs, of which Looker is a core member and frequent songwriter. Extra Life seems to originally have been conceived as his solo side project, incanted vocals, closer at times to medieval chant than modern rock vocals, intertwining with rapid progressions of sparse, dissonant guitar notes. Now, expanded to a four piece and with an album of their own due sometime this Winter, Extra Life is more active than ever.

Like certain key parts of the Zs catalogue, Extra Life specialize in abrupt, jolting arrangments that rapidly leap through time signatures, tempos, and syncopation strategies. And like Zs, the band’s precise coordination apparently requires consultation of a written score. The difference is that Extra Life is definitely Looker’s show, and even joined by bass, drums, and alternating saxaphone and keyboard, the songs bear his sensibilities and voice front and center. The minimalist intensity of slow-burning solo-period songs like “I’ll Burn”, fortunately, is maintained, just now with shadings of additional instrumentation and rhythm, and tracks like “Blackmail Blues” demonstrate a signature stop-start cadence, like a record continually (but randomly) skipping back the start of a phrase and repeating. A few bars of that, unpredictably lurching as it is, and it’s clear why sheet music becomes necessary.

The other principle highlight of the bill was the well-matched Child Abuse, who I originally encountered opening for Zs. The viciously abrasive three-piece plays metal-inflected no-wave, dissonant bass and keys glancing off guttural wordless vocal snarls, but the compositional specifics seem rooted in jazz throughout. Indeed, bassist Oran Canfield, when not causing ear-drums to bleed, plays in several lounge-jazz acts (“with a bunch of old people”). It’s these technically formidable jazz chops that are reflected in some of th best work of Zs and Extra Life as well. Child Abuse, true to their name, just amps up the intensity into a frenzied violence. This time around, the set had an amusing faux-poignance, with various tracks (of the usual blaring instrumental attack) dedicated to deceased grandmothers and the like.

This time, Child Abuse headlined and Extra Life served as first opener. In between, LA’s Upsilon Acrux and locals Stay Fucked did their best to maintain the evening’s trend towards noisy technical precision. Both seemed to be borrowing heavily from the proggier side of metal, with Acrux mixing the influence into rapid 80s-video-game-sounding themes, and Stay Fucked opting for a straighter punk angle. 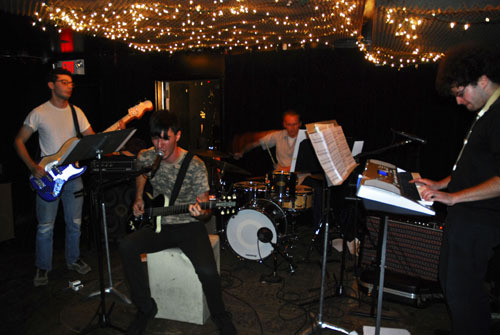 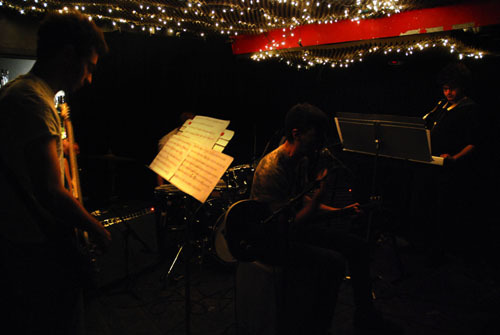 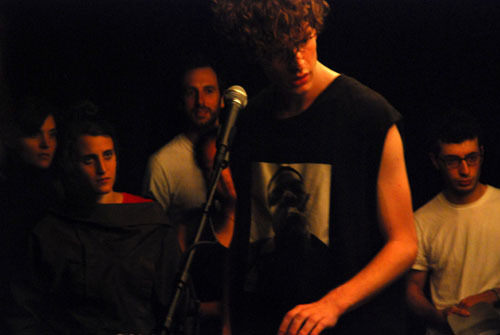 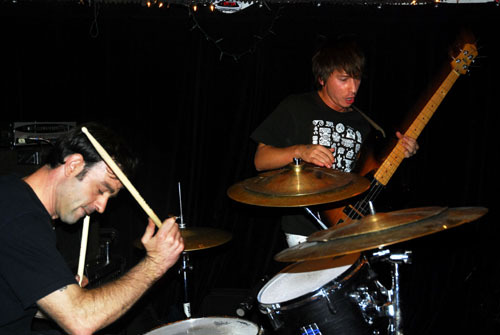 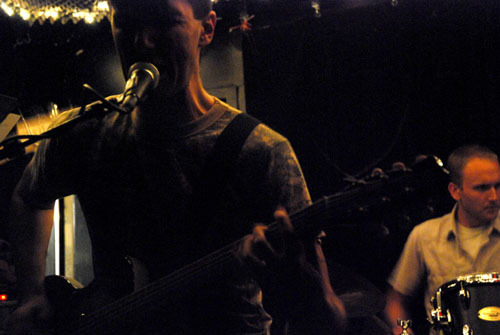