A night of dudes, their guitars, and their guitars’ foot pedals. The enormous weight of these metal-prone virtuosos lead my friend to joke that we were witnessing the result of empty sandbox syndrome- three performers who couldn’t find anyone to play in metal bands with them. I’d agree if I wasn’t already acquainted with opener Hunter Hunt-Hendrix, whose work under his solo moniker Liturgy coincides with his membership in the post-hardcore act Birthday Boyz and suggests a choice each of these performers made: to map a previously uncharted sonic territory individualistically, some might say transcendentally. It’s a path completely foreign to balls-out metal or hardcore, but it manages to maintain the same decibel levels and, often, the same virile ferocity. It’s smart to stack a lineup with players touting the sort of sonic stockpile usually reserved for electro laptop sets or feral noise-making crews like These Are Powers, but while the three performers share recognizable metal signifiers, there are huge expanses of uncharted territories over which they claim autonomy.

Liturgy claims its roots in transcendental black metal. Many of his compositions emphasize fast-picked upper register melodies meshed with darker tracts heavy with low-end power chords and shrieking and/or chant-like vocals. Unlike my (vague) familiarity with traditionally “evil” black metal, Liturgy’s transcendence (just check his MySpace: pure transcendental black metal) is won with an emphasis on a bed of extended major chords, repetition, decibels. This is two separate loopers controlled with dual (identical) volume pedals, fed into two separate amplifiers. At times Hendrix seemed to struggle with the inevitable squall of feedback, at other times, it crackled through the looping mix of noise as an essential element of barely-controlled percussion. Annoyingly, the New York Times actually showed up, but, as their headline betrays, clearly not in time to catch Liturgy. Nice fact-checking, dudes.

Mike Barr’s Ocrilim is the “compositional” half of his creative process to his other solo project, Octis’, “experimental” side. Some (see aforementioned article) have tuned-in to the “baroque” extravagance of his competing guitar lines, played in suite against a series of dependable bass tracks. This is clearly one way to encapsulate Ocrilim: the virtuosity of speed metal smartened up for music school. Others have compared this phenomenon to transcending the sound of his own guitar and taking on the tonalities of full string or brass sections. Personally, the intricacy of a dozen notes scattered within any few moments of his set called up similar signifiers (I stumble over Steve Reich comparisons for many loop-based act), but instead of the heady kind of pleasure these comparisons suggest, I experienced a sort of alienation while attempting to piece together so many ecstatic fragments into a (personally) incomprehensible whole.

Thrones, by far the longest-running and most widely-recognized one-man metal band in the country, has probably done more than anyone to single-handedly reduce the novelty of his own project. Thrones began in Portland in 1994 and with the exception of a few years at the beginning of the 00’s, he’s been going ever since. His experience as a member of (get ready) Earth, The Melvins and High On Fire is audible in a set that undulated between a throbbing, meditational drone and relatively conventional doom metal or sludge rock; imagine some wounded beast dragging its bloodied body through the dark forests of the Northwest and occasionally thrashing out at the wolves and vultures closing on their prey. And by prey I mean snarling, angry, rabid prey.

(For the record, I’m eliminating the last-minute Magick Daggers from this assessment for the reason that they’re three chicks and a dude drummer playing exhaustively reverb-heavy goth punk. It was pretty music, awkwardly out of place in the midst of the dense racket so elegantly stirred by the three guitars in question.) 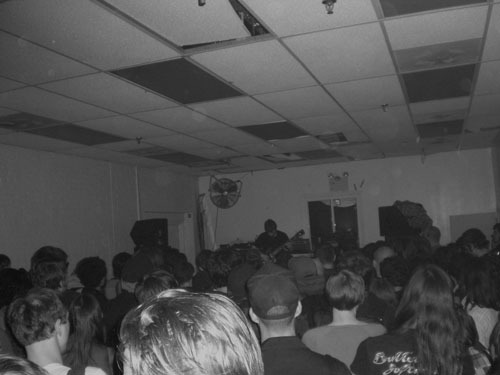 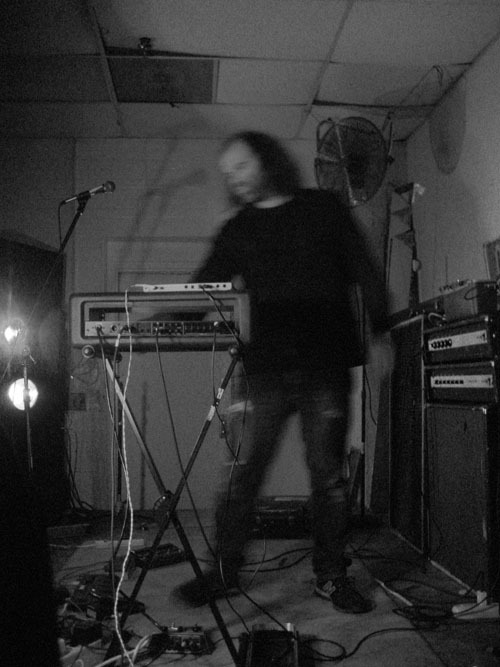 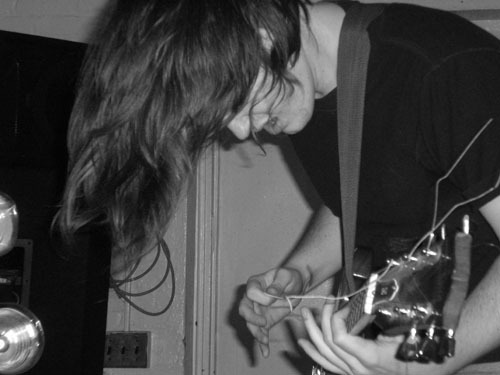