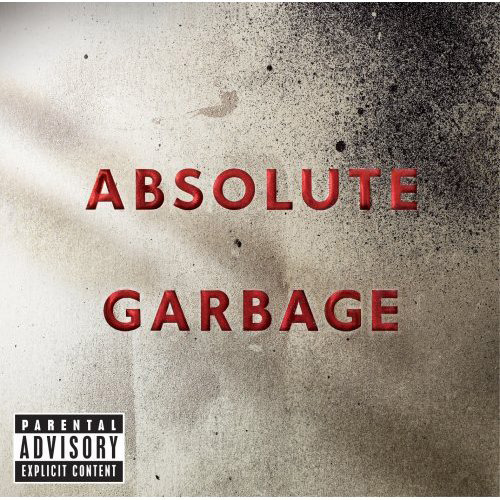 Garbage’s first album was the soundtrack to everything I did alone in my room in seventh grade. Its poppy club beats combined with distorted guitars and geek-turned-sex-and-revenge-goddess lyrics made for the perfect “alternative” to the Spice Girls and all the other hoo-hah twelve-year old pop I was way too deep and tortured to listen to. Lines like “come down to my house / stick a stone in your mouth / you can always pull out if you like it too much” got me pretty excited, and by the time Shirley crooned “make a whole new religion / a fallen star that you cannot live without,” I was dancing around in my Hello Kitty underwear, imagining what it was like to be someone’s religion.

Now, as I turn a critical eye to what was once unqualifiedly awesome, it’s hard not to cringe a little when I hear the jangly strains of “Stupid Girl.” But is that Garbage’s fault? The stated goal of the record producers turned band members was to make “a pop geek’s album” and I think they were successful. The same hooks that made my twelve year old ass shake (and my 13-year old ass when Version 2.0 came out, and my 16-year old… you get the idea) sound fresh again after such a long break, and I think any cringe-worthy datedness comes from the fact that the songs got played on the radio way too much for a decent chunk of time. And though I’m a little peeved “Supervixen” isn’t on it, Absolute Garbage does a good job of gathering up the best of hits past. For some people now in their twenties, it functions as a walk down memory lane, perhaps one of this generation’s first. I mean, who can hear the crazy brainwashed “aahs” on “#1 Crush” and not think of Leo looking pretty as he spouted poorly understood Shakespearean words in Romeo and Juliet? It’s no coincidence that the band’s debut album gets the most play, but there are also underrated gems like “Cherry Lips” (for that special girly boy in your life), and “Shut Your Mouth,” in which Shirley’s near-rap about the demands of modern life sounds (surprisingly) just as badass now as it did then.

As for the “limited edition” second CD of remixes, non techno-geeks will have little use for DJ mixes of a band whose appeal has always lain in how skillfully it straddles the line between pop, rock, and techno. However, several notable exceptions exist in the sexy string-laden Massive Attack “Milk” remix; a jazzy, minimalist version of “You Look So Fine” (Fun Lovin’ Criminals Mix); and a slow building industrial/piano version of “Push It” by Boom Boom Satellites that recalls the more brooding moments on Nine Inch Nails’ masterpiece The Fragile. These remixes are much more interesting than your typical club pumper, and a testament to the band’s ability to inspire creative oddities despite being eternally accessible.

“Tell Me Where It Hurts,” the one new track on the album, continues the band’s latter day habit of dramatic power balladry. Although the cheesy strings and 80s-esque drum effects make for some good campy fun, the Grease-style delivery and slick production rob Manson’s voice of its bite and sultriness. I was hoping for another club hit in the vein of “Why Do You Love Me” to close out the band’s body of work (they’re on indefinite hiatus), but I’m not too surprised, considering the direction in which the band had been moving. Disappointment aside, the song is a logical endpoint for the career of a band that stayed on top of its game for longer than most critics are willing to admit.