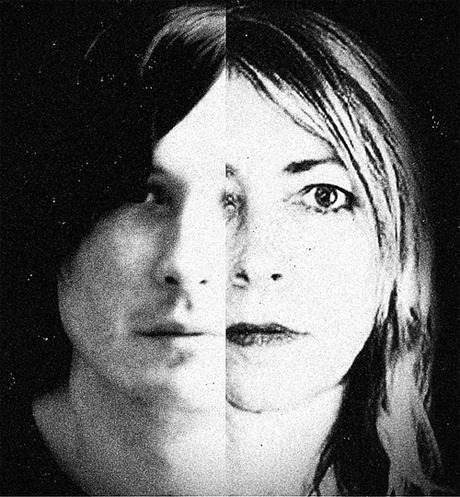 In June 2012, after a band I was playing in performed a set at Feeding Tube Records in Northhampton, I went outside for the after-show cooldown and started talking to an oddly stoic fellow who, when the moment of introduction came, would not shake my hand. I was put off by that, but once in a while you meet a dude who won’t shake your hand, and that’s not the end of the world. And then, Bill (that was his name) ducked his head around the store’s corner, towards the parking lot, and puked. “Bad lobster roll,” he said, and I put that in my pocket as a future band name. I asked him if he needed a Tums—I always keep some around—and he said yeah. I ran to the van, which was locked, so I had to go find the keys, and by the time I got back with Tums in hand, no one was outside. Kim Gordon’s new project, Body/Head, had started their set.

Bill-of-the-bad-lobster-roll turned out to be Bill Nace, the other half of Body/ Head, and when I walked in he and Kim Gordon were using their guitars to turn the room into a stew of fuzzy, monstrous noises. The set was improvised, and if you’d asked me whether this was an expression of some lofty art-school vision or of the lobster roll churning in Bill’s stomach, I would have most certainly said the latter. If it's unclear, I really enjoyed the performance. Body/Head’s Matador debut, Coming Apart, showcases that same fuzzy, metallic stew, but with an added element: Kim Gordon’s lyrics, rather than hiding behind a monolith of noise, are mixed into the foreground of the record. The lyrics are referential, powerful, and delivered with a broad dramatic palette. As the album’s only intelligible component, they color the way you understand the otherwise impenetrable maze of feedback, dissonance, and droning. At certain moments, the end product could have come from a B-movie brainwashing scene; at others, it hits close to home. The experience is dark, awkward, and can only be engaged on its own terms, terms which it makes you figure out yourself— not entirely unlike food poisoning.

I had to laugh at the first line—“I can only think of you in the abstract,” spoken as though it made Gordon terribly ill. It was the drama of the delivery that made me laugh, that it lent such weight to a realization that wouldn’t be out of place prefaced by “dude…” and spoken by a stoned adolescent. But as the record went on, and lyrics piled up on each other, I realized it wasn’t all that funny, and Body/ Head almost certainly wasn’t going for any kind of a joke. If the Feeding Tube show was, to my mind, about a bad lobster roll, then this record is about another kind of malady—in short, the condition being thought of “in the abstract,” of having your identity decided for you. Gordon’s recent divorce from Thurston Moore will inevitably color the way people understand these lyrics, and indeed some of the words are highly personal. But the lyrics also deal with women’s roles on a broader level (“The Good Housewife”), with themes of submission and subjugation, and the dramatic delivery works with the noise to direct the listener into some of our culture’s darker corners.

Sometimes it’s subtle: on “Black,” Gordon says almost mockingly, “I love the ground he stands on.” Other times, it’s more heavy handed: On “Last Mistress,” which is also the most personal track: “Woof woof… Pissing like a dog, territorial marking.” On the final track, “Frontal,” this all builds up to a nonchoice between two very real acts of violence, followed by a double edged statement of empowerment: “You would’ve killed me, had you not raped me. You’re not gonna cut me in two.” And just like that, “The Abstract” is no longer the least bit funny. The lyrics are also about received ideas on a more literal level: Singing “black is the color of my true love’s hair” places Body/Head in relation to a tradition that goes back through the Appalachians to 1800s Scotland. “Aint” is based directly on Nina Simone’s “Ain’t Got No.” “Can’t Help You” quotes Van Morrison’s Astral Weeks.

The lyrics are certainly the album’s easiest point of entry, but they are not the only one. The sense of entrapment, predetermination, and oppression created by the lyrics is mirrored in instrumentation concepts—I pictured two scuba divers tied together in an underwater cave, each trying to go their own way. The lyrics are an initial way in, but paying too much attention to the words can distract from the album’s greatest strength, the nuanced and free way in which these two guitarists interact with each other. Their interplay achieves a sort of primal hypnotism, and has this really remarkable effect of listening to people speak in a language you’ve never heard—as far as ideas are concerned, it’s impenetrable, but you can hear that there is a sort of rhetorical tugof-war going on. It becomes a strange, abstract puzzle.

Music is often a form of escapism, but noise is something different. Noise works a little more sadistically, becoming the thing you want to escape (Lester Bangs said Lou Reed’s Metal Machine Music would make you feel it and leave the room). Enjoying noise is a lot like enjoying a horror movie—you know it’s a performance, and you know it will be over soon, but if it’s a good movie, it operates on anxieties you had before you came to the theater. Between the dissonance, the droning, the jolts of feedback, and the referential collage of the lyrics, Coming Apart is trying to show you a room you’re already trapped in. Whether it succeeds or not is another question entirely, but at the very least it makes you feel something.