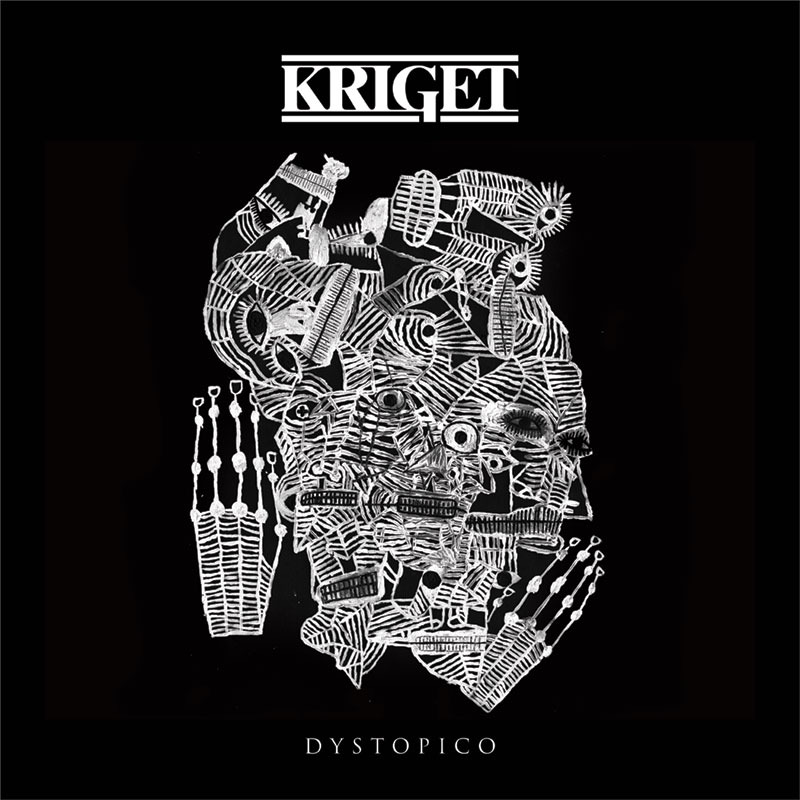 Kriget here tries to redirect the flow of culture, driving free jazz straight through dance music detritus before slamming into post-aughts psychedelic spazz, exploding in one hell of a filthy fusion—you’d almost never guess this crusty album, named for a newly coined concept of broken culture, comes from a Swedish instrumental trio consisting only of saxophone, bass, and percussion. It’s a disconcerting, engaging effort from Christoffer Roth, Gustav Bendt and Per Nordmark. The three redraw the limits of their influences—said to be Cybotron, DAF, Peter Brötzmann, James Chance, and Ornette Coleman—into something tonally multifaceted and unique.

In some ways compositionally cyclic enough to be considered ambient or background music, Dystopico could have as easily been titled Music for Abandoned Warehouses, though it’s less of a placid affair for airports than it is a set piece for factories crippled by rust. “Dystopico describes our civilization as an inferno, a beautiful and frightening world where the well-known gets unexpected dimensions, where the catastrophe threatens, and where the war is present, a never ending fatal war,” Kriget writes of the album on their website. That being said, you’d have to do some digging to take that message from the purely instrumental music, though the title of the album itself twists dystopia into disco, tropicalia, and post-[everything] pessimism. Thank god Kriget still seems to retain some hope for the future of their imagined landscape, as they traffic in as many addictive melodic hooks as they do skronk and scruff.

“Sleeping With Buddah” opens with an ominous rumble and samples of horseflies, building into Sam Hilmer-inspired sax rounds and a piston pulse. “Malocchio Mix” Only extends a Shallow intro then divebombs into the glassy synth and Formula 1 drums of Battles. The title track paints skyhigh synth over a jittery, hi-hat-driven techno. “Holy Mountain” has a wild inaccessible/accessible dichotomy, unraveling like a brawl in a Double Dragon nightclub before nearly sliding into a refrain of Daft Punk’s hook from “Big City Nights.” “Aghori Diet” lets martial polyrhythms guide the squelchy bass of Smoke and Smoke to the cliff. “He Lives In The Same Forest As Me” could be a Black Moth Super Rainbow B-side. “Say No More” is pure catharsis, a batter-and-blast banger that nearly boils over. “Don’t Worry, It Will Be Over Soon” frames the adrenaline of the penultimate in a fascinating monotone groove. “King of the Cowboys” sounds like Trent Reznor firing a Moonraker into the roof of Mos Eisley’s cantina. “Ordinary Accidentally” wraps the techno palette of Refused in the goldfoil of Ratatat’s Classics.

The question an LP like this seems to answer is how musicians can both subliminally move an audience and still satisfy an expressionist impulse. As I imagine seeing this live, with the carefully curated visuals Kriget employs, I envision club kids next to jazz cats next to acidheads, all equally losing their shit—it moves the body, the mind, and the heart. Kriget may not be for everybody. But those who band together over this will remain the most boisterous tribe once the bomb drops.