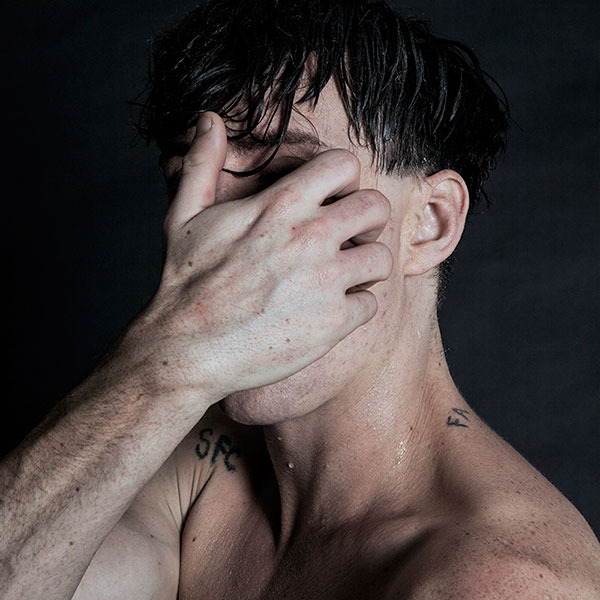 People will tell you that Australian music is currently having its en vogue moment in the States. They’ll point you to Royal Headache or the New York debutantes’ ball that unraveled for Scott & Charlene’s Wedding and Total Control. You might get the impression that through these acts and a handful of others who’ve just touched down on US soil, something is in the water in Oz, that there are supervitamins in the Vegemite, that the kangaroos are giving the razz to the dingoes, and the Fosters is flowing like liquid gold down the Murray River. An alternative theory is that the visa processing office had a bank holiday coming up and wanted to get all applications through the door before a long weekend camping in the bush, but that’s probably hearsay spread by the Kiwis.

Whether you’re all in for the Australian revolution or sitting this one out, the dividing line can be determined by how you respond to Kirin J Callinan’s Embracism, a monster of a record with an oily “difficult listen” tag strapped to its back like an albatross. Another Australian export though he may be, Callinan’s debut solo effort comes full up with transnational efficiency: through the heavy tenor of Callinan’s voice, the haute-pop waywardness of his song structures, and the sharp angles of his abused (and abusive) guitar, we feel the stylings of Scott Walker, Nick Cave, and Ian Curtis. Though if we’re sharing influences, Callinan could lay claim to everything from Ginsberg’s Howl to a DeWalt industrial table saw to the Will Ferrell parodies of Robert Goulet. And from wrangling with those influences, the listener circles back around to the record’s title: “embrace,” from the Latin for “in arms,” constructs an artistic double entendre. Not only is Callinan’s record difficult to embrace—it practically slithers out of our grasp like a lithe serpent—it’s also never fully explained whether those arms are human or militaristic. Through the album, with its unsettled textures and high-level, brutal volumes, Callinan rarely establishes if he is attempting to keep it all together or pull it apart.

The record begins with the sounds of grating industry, and through “Halo” and “Embracism”, the paranoid feeling that this album might be an exercise in sheer disillusionment and mawping hyperreality is dropped at the listener’s feet. Even diving into “Come On USA”, an erotic tribute to America’s original sweetheart, Bruce Springsteen, there is a suspicion that Callinan is here only to scare and tug (though the great comeon is that his lyrics are far more generous than his tonality would suggest). Moving into “Victoria M.” and onward, however, we see that we’ve been had—Callinan is gentle. So gentle in fact that he practically bleeds in front of us, one of four humors we fear the man cannot spare. Plenty of writers have covered the physicality of this record, and that subject alone is worthy of several dissertations, but looking at the color beneath Callinan’s taut skin is the challenge. What can be revealed from a man whose face may be covered but whose heart is raw, tender, and beating on an operating table right in front of us?

The glue that binds Embracism, in its spacious industrial birthing tracks and its bellicose mewing and movement and flailing sadomasochism, is Callinan’s vocal tone, which never, ever falters. When it’s giving, he is the most generous singer of the past fifty years (as earnest as you always dreamed Frank Sinatra to be), and when he’s harsh and thankless, he acts accordingly by taking away all that is good and great. Callinan’s voice is central for a reason—it rarely, if ever, is pitch-shifted or muted or distorted—its only addition is in a wide, echoey vocal processor that serves to create only more Callinans. As the album presses on with varying levels of urgency and stride, we only invest as deeply as Callinan does with his vocal tone. Through hellish electrical grinding and among shimmered, dreamy pop numbers (whose presence on the record obviously surprises), if his voice is solid and dominant, the listener is rapt. Rarely do Callinan’s vocals fall off.

The continental and yet practically alien nature of Embracism is its most profound attempt at sensory expression. Though other countries would point out that Americans always think of the world in context of themselves, in the case of Callinan’s phenomenally complex debut record, this is a rare chance to see the world through simultaneously inward-facing and global eyes. Callinan’s Embracism stands as the only audio evidence of the breaking of Pangaea—its imagery is so trenchant in the loam, in the basest scrabbles that humans are mired with, that the record shakes the crags in the soil until earth pulls from earth, sand from sand. Callinan, whose voice is methodically paced and enraged to feel like an omnipotent, unforgiving deity, strikes down and splits us into two, then three, then four, then seven. He is furious and calm; remorseful and punishing; but he’s also human and god. In “Landslide”, the record’s most stunning track, a beautiful literary epic riddled with three-word placating tropes and unforeseen piano, Callinan croaks out “God is in the water” ad infinum. And when he does, we can hear our Aussie brothers calling out from fresh coastlines, as our international land masses begin to form, then shift apart for eternity.