Earthen By Birth – Henry The Rabbit 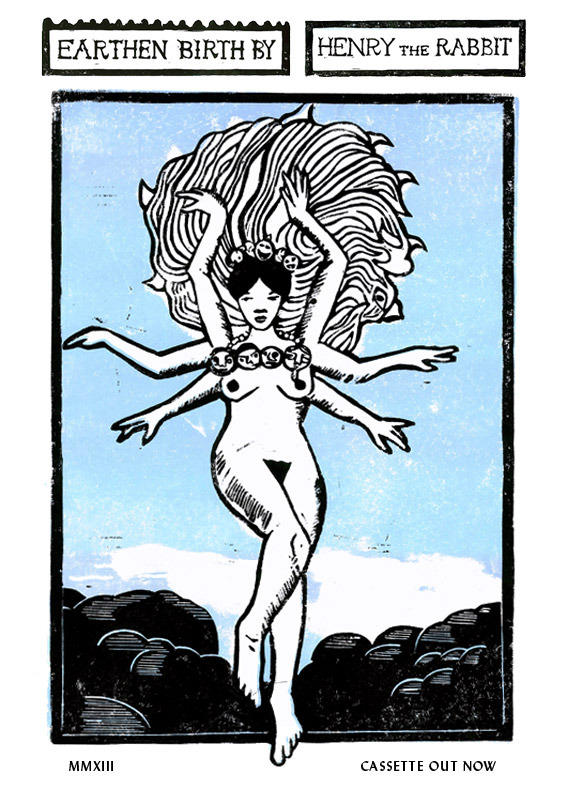 Something about Craig Martin Wood’s aggressively precious Henry the Rabbit moniker opens up a vortex of bad indie pop associations. One may wonder, has Moon Glyph, thusly known as reliable spelunkers of untold psychedelic chasms, succumbed to pandering to the Frightened Rabbit crowd (if such a crowd still exists)? Or, god forbid, was the label putting out the debut from an artist that might sound like Dr. Dog? Andrew Bird?

Hardly helping matters is the fact that Wood describes Henry the Rabbit’s first offering, Earthen By Birth, as “psychedelic ukulele skiffle.” Not to mention that his day job is drumming for Copenhagen’s Halasan Bazar, a retrofitted outfit of ‘60s lovers that’s as interested in coordinated mustaches and Victorian neckties as it is in credibly reproducing Haight-Ashbury folk rock sounds.

Thankfully, the delicate, mostly instrumental wanderings that actually emanate from Earthen quiver between the vibe of lost freak folk artifacts and a Moroccan Sublime Frequencies expedition. The twee leanings suggested by the name Henry the Rabbit do, to an extent, hold true. But if Wood is exploring twee, it’s as a notion that can be traced back to the warm domestic quirk of Vashti Bunyan, Sandy Denny and the Incredible String Band. Potentially overly cute elements such as trinket-like percussion, whistling and omnipresent ukulele seemingly drift in from Ennio Morricone-conjured deserts rather than, say, the world of big tent indie bands and whimsically soundtracked Nissan commercials. Such intermittent spells of waltzing gypsy exotica and Spaghetti Western eeriness go a long way in successfully undercutting the more saccharine aspects of Wood’s sensibility.

Earthen also stays a healthy distance away from the kind of droning, jammyautopilot that has come to occasionally mar largely vocal-less psych releases on small labels. Rather paradoxically, Henry the Rabbit approaches a kind of sober psychedelia that’s borne out of Brothers Grimm sorcery and folk tale mysticism rather than DMT hedonism.

Though good enough to warrant repeat listens and some curiosity about the ways Wood may develop the project, Earthen can be too politely feather-light for its own good. It’s difficult to distinguish any highlights from the album, seeing as the tracks serve to keep a continuous spell cast over the listener. Earthen is also unusually cloying for an album with no vocals aside from the occasional wordless cooing. Yet it’s ultimately refreshing – and in a backwards way, sort of ballsy – that Wood is attempting to locate a realm that’s as imaginative and entranced as it is innocent.