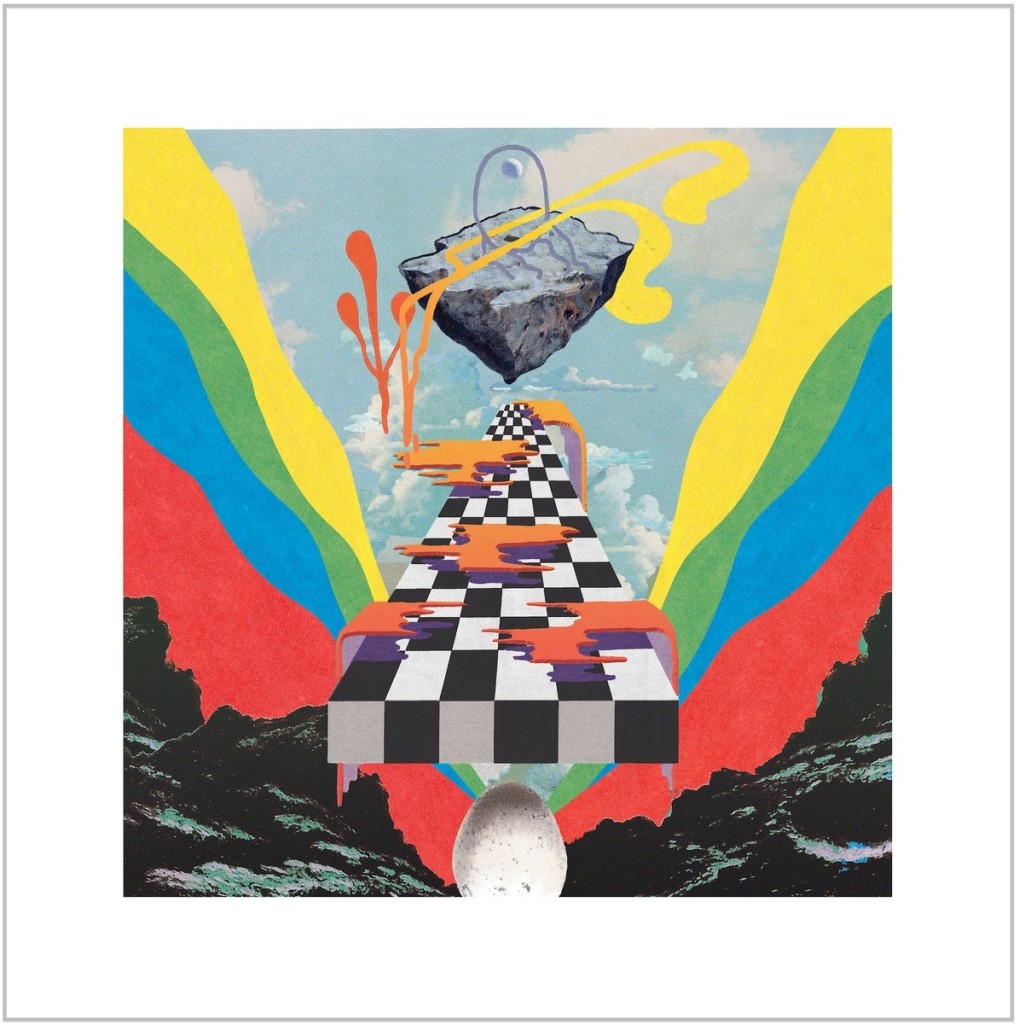 Guerilla Toss’s wildly unique debut album, Gay Disco, is out tomorrow from NNA Tapes, which is quite fitting when taking into consideration the label’s other recent releases (Oneohtrix Point Never, Ahnnu, Blanche Blanche Blanche, Co La). “Trash Bed,” the album’s lead single, doesn’t sugarcoat the band’s hair-pulling anthemic style, unless of course you count Kassie Carlson’s abrasive, but oddly endearing, shrieking vocals to be a sort of hard outershell to a peculiar tasting M&M. Beneath all the chaos are meticulously structured compositions in which each note and each moment holds purpose, not allowing this group of songs—songs that often break the rules of music theory—to slip beyond the grasp of common listeners. In fact, it more than frequently incites the desire to dance.

“Pink Elephant,” the second track on Gay Disco and its obvious highlight, showcases the aforementioned intelligent songwriting without sacrificing any of the group’s jittering spontaneity. Between sinister bass grooves, and malfunctioning synth tones, Guerilla Toss keeps the listener alive by incorporating heavy instrumental breaks that play call-and-response with Carlson’s staccato vocals. If their signature atonality hasn’t affected your listen, the band tests the listener’s patience with the first half of “Operate,” whose guitar riff intends to induce stress in the vein of an emergency broadcast, but whose reward is found in a drugged-out dance groove encased in ominous analog synthesizer settings.

In an interview with Simon Luxardo Hanes, he told us about the band’s method of drawing influence from people around them, even if it’s just a guy they saw “spray-paint his balls pink, decimate a microwave, [and] hand a random audience member $50 bucks cash.” This statement, above all, puts some of Guerilla Toss’s music in perspective, but also leaves questions when it comes to the track “Sugar Better.” Maintaining a Les Claypool-esque bass groove disrupted by momentary stoner-metal freakouts and incoherent lyrics, it would be hard to imagine the inspirational shenanigans that would influence a song like this.

Pegging an artist to a specific genre, especially when their music is bent on pushing the limits of the deeply rooted musical infrastructure, has always seemed paradoxical. When a band is labeled “art-rock,” as is the case with Guerilla Toss, this could mean a number of things, all of which are left up to the listener. In using a press photo with a blurred phallus, album art displaying a deathly meatgrinder, and with song titles like “Judy Wants Sex on the News”, Guerilla Toss aims to embrace an abstruse sense of humor to weed out effete trendsters. Those who aren’t laughing by the time they size these guys up aren’t the type of people this music is intended for.