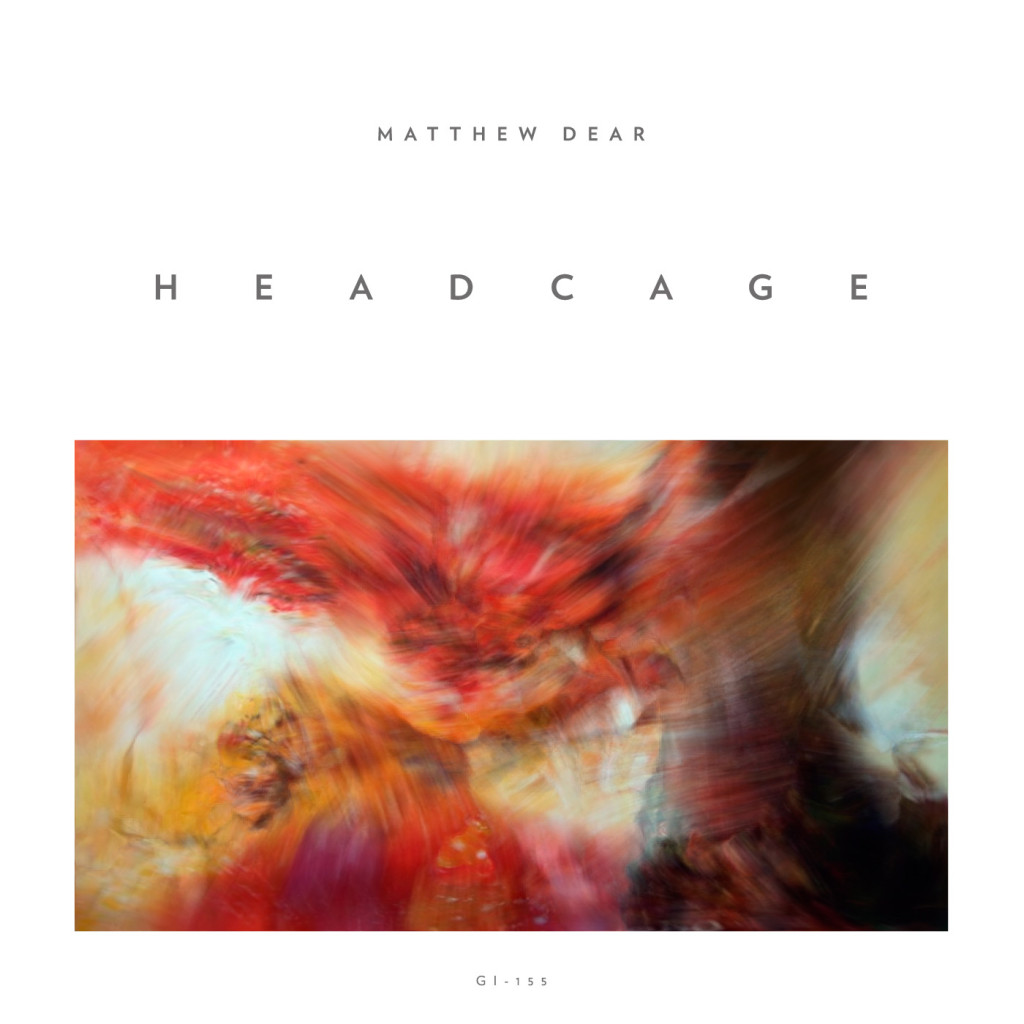 Dark-­pop dominator Matthew Dear ain’t got no home, but he’s sure your momma won’t care if you follow him to a new wave dance party on the wrong side of the tracks. Headcage’s first, eponymous track features Dear’s shady baritone erupting straight from his froggy throat onto a dim dance floor of trickling, cheesy synth beats that make it seem impossible to stay in for board game night this Saturday (though equally possible that this robotic/demonic pied piper is secretly leading you towards an alleyway vortex destined to siphon your soul). Whatevs, it’s the weekend!

Enchantingly begun by the persuasive “Headcage,” Dear’s new EP at least promises to lead into his upcoming fifth album, Beams. Headcage points toward a slight change in style for Dear’s next full ­length. It seems that the long­time self­-produced soloist has taken his own advice re: loneliness for the EP, a trend we can hope will continue in Beams. Producers Van Rivers and The Subliminal Kid, who previously worked with Blonde Redhead, Glasser, and Fever Ray, lend a hand for the four­song EP, while The Drums’ Jonny Pierce joins Dear in his first duet, “In the Middle (I Met You There).”

Pierce and Dear construct a well-balanced pop number that blends dance music with more atmospheric electro musings. Seamless though it may be, “In the Middle” lacks the exciting creepitude of “Headcage” or some of Dear’s earlier numbers. Pierce nullifies the weirdness, melting the tune too quickly into the current overabundance of ambient mish­ mosh, making me miss the lingering horrorshow vibe of Dear’s enticing, apocalyptic dance party.

In case you had any lingering doubts, Dear proves he’s one of a few bad men “living in reverse” with the lyric, “truth can’t handle you,” on the album’s final number, “Around A Fountain.” Wet, tribal, angelic and yet distorted, Dear tramples all over this burial ground number, practically speaking staccato words and phrases over layered, humming oohs. Though faded out and misty, “Around A Fountain” never quite disappears into the atmosphere, grounding itself with hand­tapped drums and vibrating layers of sound.

Paradoxically, “Street Song” finds itself stuck in the clouds. Dear sings falsetto on this track, his drawn­out words almost indecipherable and definitely sleepy­eyed. My least favorite on the album, the song barely keeps a beat beneath its cloudy ambience.

Still, a little bit of variety can’t hurt Matthew Dear. As much as I love the deep, unexpected sound of Dear’s baritone and the dance­not­so­happy feel of Headcage’s first single, his 2010 full­length, Black City, already fully explored those sounds and, honestly, got a bit dull after awhile as his deep voice lost a bit of its shock impact from number to number. In this EP, Dear’s baritone works into each song in different and unexpected ways that add some of the mystery back in. Hopefully Dear will carry this variation (and more collaboration) into Beams, where some contrast would be more necessary than on a four­song EP.