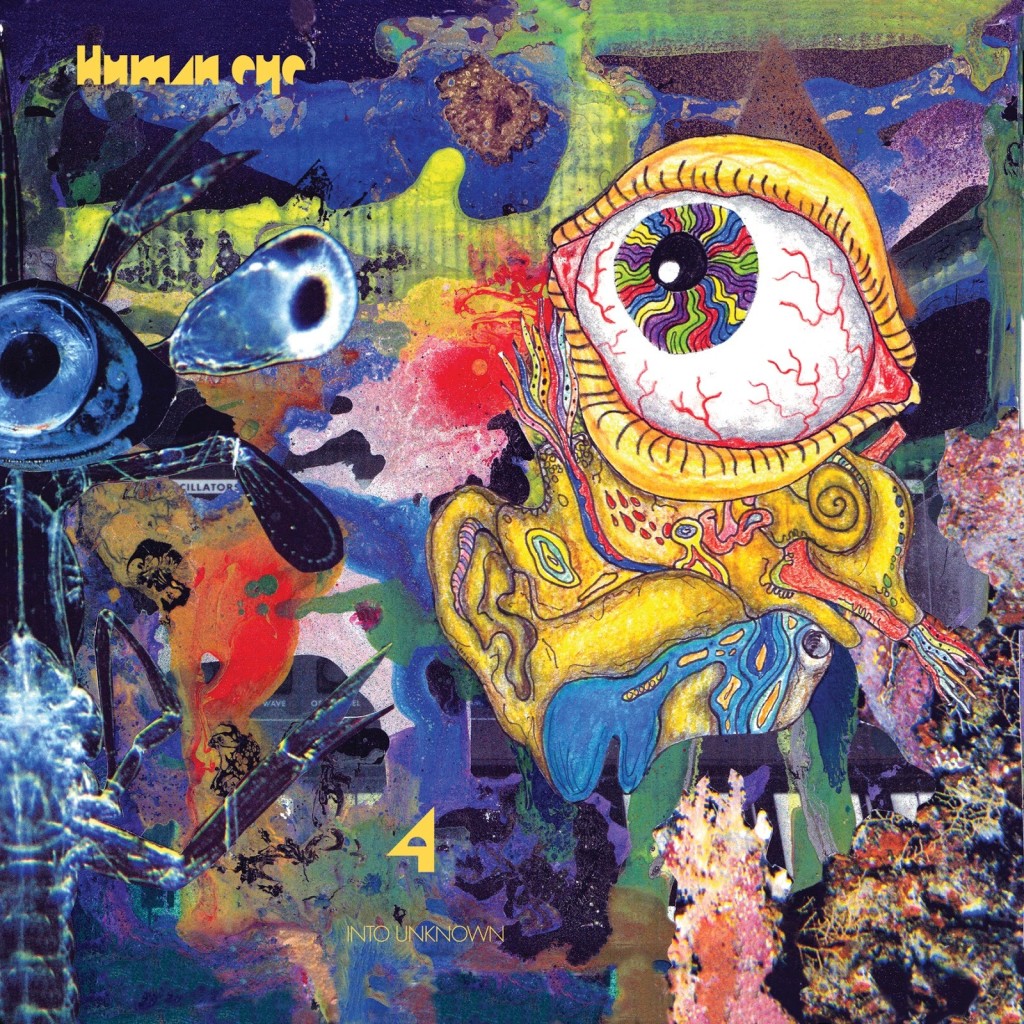 Timmy Vulgar vacillates between earthbound and extraterrestrial concerns with each successive album. First in 2001 with Clone Defects’ debut album Blood on Jupiter (which stands as a high-mark of dark and damaged post-millennial punk worthy of reissue,) and ever since under either the Human Eye or Timmy’s Organism moniker. The journeyman Detroit-borne rock band leader is equally adept at combing the gutter for cultural artifacts of American detritus as jettisoning into the infinite possibility of space. Into Unknown explores the latter with a surprisingly ballad-laden album of trademark Vulgar guitar squeal, chaos-tempered psychedelia and instrumental chops that shame his garage contemporaries.

Vulgar often relishes in the stock imagery of Detroit’s post-industrial exoskeleton, but the moon age night terrors and odes to Pluto on his most recent smack more of escapism. Anything can alienate someone from a city. Perhaps he fed a broken parking meter his last penny or a rat ate his last ciggie. At any rate, the cosmic geography here indicates sudden flight mode, but he committed directions to tape for listeners keen on following. Vulgar veers again towards the cosmos and reveals a little more planetary musical influence, but Into Unknown is clearly borne of a singular psyche.

Vulgar’s output has always been such a hapless mish-mash of 60s and 70s influences united by his ferocious, fuzz-laden guitar and guttural vocal delivery, so it wasn’t worth distilling specific comparisons from the muck, but Into Unknown is a little more transparent. Opener “Getting’ Mean” nods heavily to the low-end worship, over the bar drum-fills and bruising riffs of Blue Cheer and their 70s ilk. The riff kicking off “Alligator Dance” is only a note or two away from every other New York Dolls song, but the back-up vocals and piano reinforce the similarity. Later, “Buzzin’ Flies” fades in the requisite sound effect of a fly horde drawing nearer (a tone mimicked impressively by the song’s keyboard track.) It recalls not just Alice Cooper’s “Halo of Flies,” but the jarring final moments of Killer’s title track, when his own horde of flies sound suddenly alarms listeners. The seemingly referential flourishes like these on Into Unknown don’t detract from its originality, but they’re surprising considering his usual imperviousness to comparison.

Musically and lyrically, Vulgar is most adventurous with Into Unknown’s four ballads, which comprise more than half of the album since its nine tracks clock in at less than 40 minutes. Vulgar isn’t known for being slow and sentimental, but those moments yield some of this album’s best passages. That is, until a few minutes pass and they crescendo to caustic guitar feedback and anguished leads, which account for the rest of the album’s best passages. For instance, “Surface of Pluto” starts with over a minute of hand-drums, piano trill flourishes, vaguely Eastern flue and atmospheric synthesizer, but a lengthy drum fill builds to one of Vulgar’s raunchiest guitar solos. As on other tracks, he seems to turn the volume knob up abruptly, which enables the fetid feedback squeal that preface each of his leads, then bends and sustains each note into six-string oblivion. “Outlaw Lone Wolf,” the epic six-minute tale of patricide, puts Vulgar in back-alley crooner mode. Crescent riffs straddle a plodding groove as he unravels the sci-fi fable through each husky line.

Into Unknown affirms Vulgar’s role as a post-millennial national treasure whose style has evolved quite independently of underground music’s whims over the last decade. As evidenced by the sci-fi escapism running throughout his records, Vulgar is resolutely on his own trip, but Into Unknown reveals a little more of his influences. Of course, they’re woven together into a somewhat garish body of work that will repel or entice, depending on listeners’ predisposition, not unlike his collaged album covers.