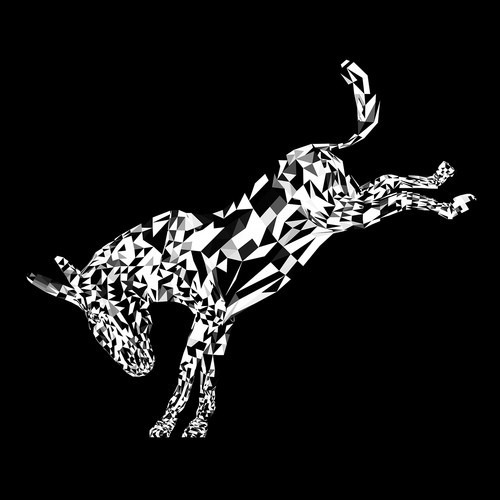 While much of the electronic sphere takes cues from either EDM-style maximalism or self-conscious genre nostalgia, it’s sort of a bold move to make music as even-tempered and unassuming as James Hinton’s. As The Range, the Providence-based producer has settled in at Brighton imprint Donky Pitch, despite having a slightly less aggressive approach than his labelmates—on their compilation from last summer, his contributions sounded almost comically gentle sandwiched between screeching Rustie-like breakdowns.

And that was the one problem with Nonfiction, his debut full-length from last year—its rhythmic complexity was sometimes too subtle. Hinton’s joyfully interlocking drum patterns had a tendency to get lost under a wash of piano chords and other ambient pop signifiers. But Nonfiction’s overarching pleasantness also meant that its ingenuity could creep up on you without warning in a suddenly striking moment or, more frequently, a phrase. The most memorable tracks found Hinton working in English-accented vocal samples of potentially unwieldy length, as on the Grimey “Jamie” and the album-defining closer, “Metal Swing,” one of the most delicately evocative settings of an out-of-context speech since Joy Orbison’s “Ellipsis”. Those voices hinted at an affinity for UK club music, but also at a less widely shared fascination: the cadence of conversation, and the way it could work in uneven, endlessly complex counterpoint to Hinton’s own compositions.

Hinton’s latest release, the six-song EP Panasonic, is a more consistent effort than the last, and shows him wisely expanding on the elements that set his style apart. Gone are the pleasant, undistinguished instrumentals that cluttered Nonfiction's back half. Panasonic is instead a tight, well-balanced 24 minutes, beginning with the elegiac mood setter “Slow Build” and ending with “Washingtons”, an irreverent, elated sequel to “Metal Swing”. The samples themselves also sound more formal, the result of their coming, in some cases, from higher quality recordings. A few are recognizable, like the chopped-up version of AZ’s intro to “Life’s A Bitch” on “Washingtons”.

But the way Hinton uses bits of recorded language is evocative rather than declarative. There’s something buried in here about a love for electronics, or maybe just the general mystique of technology—one of the songs on Panasonic is named “Sony”, and features a pitched-up snippet of Musiq Soulchild’s “Love”, (who, for what it’s worth, is not a Sony artist). “Now there’s a possibility that you’ll look at me,” the disembodied voice sings over a cascading synthesizer run, leaving out that line’s usual last word. The possibility that you’ll look is enough.

Sprinkled throughout is a sense of the malleability of human speech, but also an implicit suggestion of loss. There’s still an element of mystery and obfuscation around the way these samples are used, even if you know where they come from. On “Two”, which features one of Hinton’s prettiest melodic fragments since Nonfiction’s standout “Everything But”, a voice states that “they came through the other day and took two.” Two of what? Is this person angry? Upset? It’s hard to tell, now that his voice has become purely functional. Alongside the line’s appealing syncopation lurks a strange ache, similar to the feeling I get from repurposed furniture. It’s as if this person’s voice was lost in its original form, just waiting in the ether to be recycled into something new. Hinton has the technical savvy to incorporate all of this into music that still implies a sense of possibility. At the end of “Washingtons”, the music devolves into a series of ecstatic bleeps that, for an outro, sounds surprisingly aspirational, and hints that Panasonic is a stepping stone toward new territory.