So It Goes – RATKING 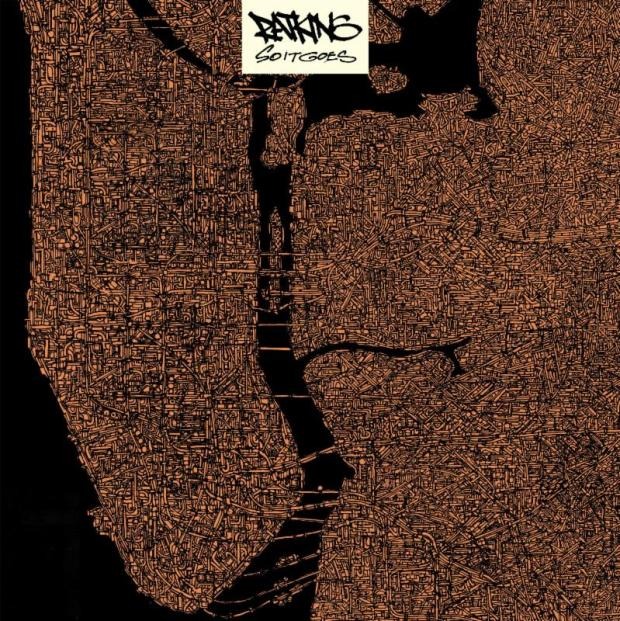 RATKING’s initial big break came prior to the crew’s official formation. Back then it was a group of friends and presented as so—no different than Wrecking Crew from Juice. The “Wikispeaks” video, released in 2012 and billed as Wiki of RATKING, was the grand introduction to the underground New York group courtesy of Creative Control productions. An early incarnation of the track, young Wiki—front teeth intact—is the focus, while Hak and Sporting Life (and at the time, Ramon) are reduced to homies on the set, peripheral to Wiki’s microphone presence. By the release of the Wiki93 EP, “Wikispeaks” transformed into a group track featuring the abstract spoken word of Hak, still learning the ropes of emceeing, over off-kilter electronics one might find on a Eric Copeland record, before dissolving into the vintage boom-bap production of the original. Hak’s parting words: “Wik couldn’t ask for a better partner in crime.”

Those words were prophetic, particularly with the release of RATKING’s full length debut So It Goes. Looking back to 2012 the Wiki93 EP largely relied on Wiki, but much of that record’s success as one of those most compelling debut EPs of the 2010s stemmed from RATKING transforming its mutt life into a Cerebus hellhound rather than a vehicle to propel Wiki’s solo trajectory. So It Goes finds Hak and Wiki in balance, sharing vocal duties rather than Hak occasionally falling back into hype man responsibilities. The two trade couplets in frenzied duels on “Canal” and “So It Goes,” and relate parallel lives of police scrutiny, educational disillusionment, and living off scraps discarded for strays. In a short lapse of time, Hak has developed into the group’s polymath, capable of poignant choruses, sage poetry, background crooning for texture, or trading 16-bar verses with Wiki.

The growth is crew-wide on So It Goes. The expansion of the sound is done so with collective consciousness, each member fills a role, and while So It Goes opens the door of the rat lair to outside influence, it's done with reservation. “Snow Beach” employs the vignette approach similar to the EP-version of “Wikispeaks,” this time Wiki is spouting off about the weather to a blasted and blown out Caribbean sample on the intro. Sporting Life switches gears mid-track for a jazzy departure that embodies the intersection between Pete Rock & CL Smooth's “They Reminisce Over You” and Mobb Deep circa The Infamous. Later it's “Puerto Rican Judo” that showcases Sporting Life's repertoire as he implants his crew in the heart of the Puerto Rican day parade. “Puerto Rican Judo,” despite being one of Sporting Life’s most adventurous productions on the record, sounds like the calypso bounce stumped his bandmates, except for Wiki’s girlfriend Wavy Spice. Rarely done to a fault, RATKING are protective of their sound, but the album bares a suspicious mark of accessibility disregarded in the EP—or maybe I'm overthinking the King Krule guest appearance, or that “Eat” treads close to Panda Bear and Atlas Sound.

So It Goes makes a concerted effort to cage itself. Wiki and Hak trap the lyrical content into their immediate experiences, while Sporting Life seems content to rehash the structural foundations of past work—with the exception of “Puerto Rican Judo” and “Eat”. Beneficial examples include the recurring themes of self-education (on “Eat” Hak recounts “drop out of high / but remained a student”), strife in a city that eats its weak, and the pangs that come with simply trying to get a meal. While a few tracks veer dangerously close to Wiki93 closer “Sporting Life,” the RATKING producer’s vision of New York rap still lives in his sample chops; mimics of sirens and the grating screech of rusty trains; fleeting human cries caught by open cab windows and outside closing subway doors. Throughout So It Goes, Sporting Life takes the words “escuchela la ciudad, respirando” to heart. Sporting Life's ability to translate the city into arrangement is his greatest strength, but the cacophony and tumult of earlier production feels extracted. Then again, these limitations may not be entirely within their control.

While it’s not severe, compared to the EP, So It Goes has a subdued cacophony that denies the listener of the experimentalism that defined early RATKING live sets. This time around there are no no-wave comparisons. So It Goes is a rap record with little space left to complicate the definition, possibly due to the studio presence of Young Guru. In an interview with NahRight, the group discussed the process, stating after the initial mixes with Young Guru, they returned to the studio with DJ Dog Dick to add to it, which undoubtedly must have caused bizarre havoc in the best manner possible. They go on to say Guru shaved from those sessions, Hak stating “he just whittled away at it, because we added so much to it.” It makes you wonder about the value in receiving advice from the engineer behind Jay-Z’s The Blueprint to a group capable of the Wiki93 EP on its own instincts. Is this really what’s best for RATKING? (Oddly enough, So It Goes opens with a field recording of someone theorizing “if your life experiences are different, then that’s going to come out differently. The average 25, 24, and 23 year old rapper, totally different from Biggie and Pac. So you really can’t compare the two.”)

Does RATKING need Young Guru to determine what’s pushing too far from convention? If the EP managed to experiment without alienation or bloated indulgence, why not leave the trio up to its own devices? On “Protein” Wiki defiantly boasts “this ain’t 90s revival” over a schizophrenic drum & bass pattern that covers similar territory as “Comic” from the Wiki93 EP, but blatantly without the advanced intro of bravado toasts and warped, sci-fi reverberations. If the debut EP was representative of the claustrophobia New York imposes, So It Goes is the sprawl, its goals is to reach Jamaica Plains, Canarsie, Far Rockaway, Brighton Beach, Bay Ridge, Flushing, and Washington Heights. As seen in the album art, it exists too far above the surface, a bird's eye view of New York lacks the city's noisy breath, but RATKING belongs feet planted on Canal Street stirring the melting pot.