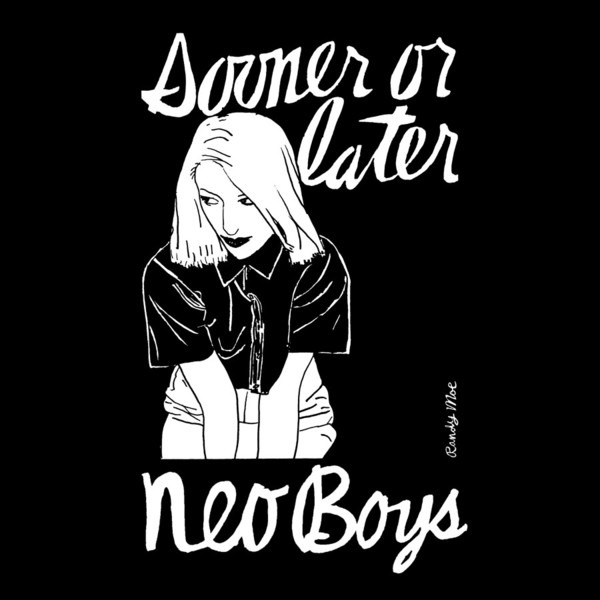 The prevailing canon of early American punk is neatly categorized by geography and period, each with its flag-bearing groups, accompanying literature, codified aesthetic and a compilation or two for ease of access. It’s a natural and comforting process to compartmentalize history fostered by a variety of characters: cult punk devotees cherish forgotten records, reissue imprints champion them for new audiences and then writers chronicle it all in books and documentaries. Throughout the process, first-wave punk bands rise from obscurity—where records are shared in a cult of fanatics like secret handshakes—to irrefutably classic status.

Yet, there are subtler elements fueling this transformative process of punk history. Artists and archivists aren’t motivated to disseminate their knowledge strictly by the benevolent desire to share. They also want to join in the ongoing narrative of a band, record or song’s existence. Early Portland punk band the Neo Boys illustrate this well, and the revelatory archival compilation Sooner or Later encapsulates the all-female quartet’s riveting combination of prescient feminist critique and precocious handle on melodic punk minimalism.

Sequenced chronologically, the first disc collects live material and demos recorded prior to guitarist Meg Hentges’ joining in 1980. They capture primitive performances fraught with mistakes, but it’s not a laborious listen. Unlike the overzealous inclusiveness that often mars archival compilations, even the most ramshackle and unfocused tracks here are warranted. The flub laden, disjointed live dirge “Put a Penny In” finds vocalist Kim Kincaid flatly dreaming of a cheap machine to dispense artists’ needs. She sounds morosely defeated, like the real cost of a simple paintbrush is prohibitively high. It shows Neo Boys’ subversive wit intact even in the earliest incarnation. The second-disc collects Crumbling Myths and shelved studio recordings after Hentges’ addition to the line-up. Her membership transformed Neo Boys from sharp amateurs exacting power from limited ability to a distinguished ensemble with the same spirit, plus leads and hooks for days (look to The Urinals’ transformation into 100 Flowers for a similar musical evolution.) Neo Boys’ earliest work appreciates songwriting economy, but Hentges’ guitar playing couples that instrumental restraint with craft. “Split” couples dizzying guitar interplay with surgically precise drumming at a brisk tempo. “Obscure Emotion” is a surging riff punctuated by staccato bursts and Hentges’ deft lead work. “Ancient Youth” is a poignant ballad with a broad thematic arc from a band that earlier couldn’t muster the correct notes for a minute-long screed.

“Time Keeps Time,” with Hentges’ nimble guitar lead shimmying down to a shimmering ring at the onset of each line, is the indelible take-away of Crumbling Myths. San Franciscan trio Grass Widow knew so when they covered it on the Milo Minute EP. “Time Keeps Time” is always over too soon – the sort of cult punk hit that feels like it’s trying to hide. For thirty years, it has. It’s musically unassertive and brief, a silhouette of a song behind a curtain of obscurity.

“Time Keeps Time” was a cult classic before Sooner or Later, but reviewers will likely now declare it “essential.” Previously, discovering the Neo Boys and carefully listening to “Time Keeps Time” was the passport into a cult of appreciation. Then, some devotees were possessed to break off a piece for themselves. They donned a tee- shirt (like Kurt Cobain famously did for The Wipers,) covered the band’s music like Grass Widow or produced a compilation like Calvin Johnson. All of those fanatics take ownership of the cult band and insert themselves into the music’s ongoing history, gradually canonizing what was once secret and boosting its historical profile. As long as that impulse lives, enthusiasts will unearth lost punk in perpetuity to assume some role in its historic narrative. The endgame is a package like Sooner or Later, elevating Neo Boys from cult favorite to utter classic.