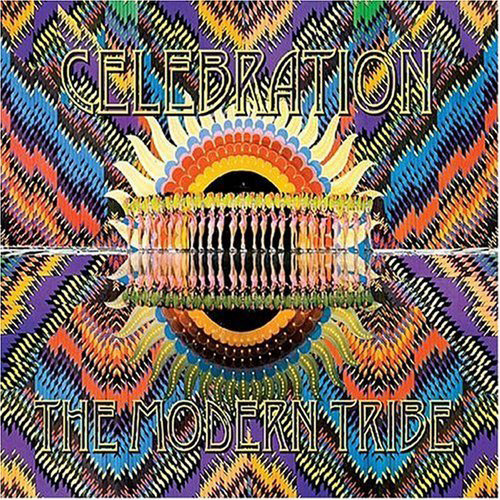 Celebration might first strike a chord with indie fans by virtue of their power of association. Dave Sitek (TV on The Radio) produced their new album. Contributions from TV On The Radio, Antibalas Afrobeat Orchestra, and The Yeah Yeah Yeahs don’t hurt either. Ultimately, though, Celebration make great music, and they wrangle their own toehold in the indie landscape. Katrina Ford absolutely shines on this recording, especially on songs like “Evergreen” and “Heartbreak”, where the underlying pop sensibilities in her voice gush over syncopated drumming and full-body organ washes. This culminates in an atmosphere that is both distant and familiar, like Ann Wilson of Heart fronting a merry My Bloody Valentine.

While Ford’s noted in interviews that the album’s title refers to the music community she associates with, The Modern Tribe turns out to be an apt title for the record’s sound, considering the tribal thread that runs throughout its percussion parts, and the inventive production techniques. To that end, the sonic turns of phrase are sharp and calculated, but fortunately, they don’t feel robotic. In fact, the album as a whole has the opposite effect. Sitek’s plentiful sheets of reverb and the over all sense of warm, full tones, have the effect of airing out the mix, invoking a subtle euphoria, not stifling it. One of the most rewarding additions to the band’s sonic milieu turns out to be the integration of horns. “In This Land” layers textures, and inevitably with Antibalas, a Afro-Cuban funk sensibility that teeters between a trendy mashup and a refreshingly uninhibited party band. Even though much of the album relies on the same organ/percussion attack, the material is varied enough, especially with lively numbers like “Fly the Fly” and “Wildcat”. These songs provide evidence of Brazilian percussive influences, as well Jimmy Smith-inspired organ chops, a combo that once again suggest surprisingly funk-inflected origins.

While it may be easy to compare elements of this album to TV On The Radio’s Return To Cookie Mountain, it seems more appropriate to consider this album on its own (considering even TV on The Radio fell prey to comparisons at one point). Outside of similar production techniques and cameos, Celebration is its own family unit, lets say, in this larger tribal system. If you enjoyed Celebration’s self-titled album, chances are you will enjoy the strange beauty inherent in their sound. You don’t get this every day.