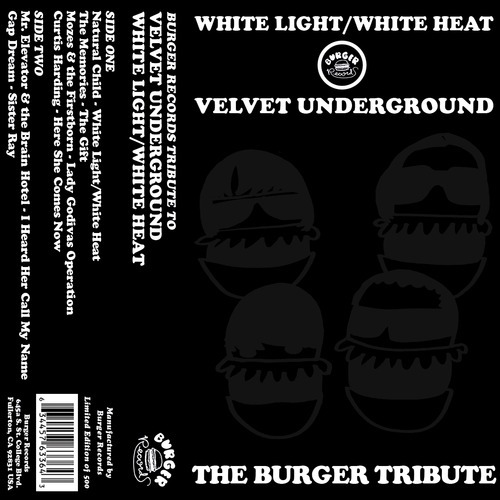 Fortunately, in the vein of the VU’s own methodology, the artists assembled on this compilation do not approach the task with much preciousness for the source material. Though the tribute covers the album song for song, it manages to deliver something fresh. That the assembled cast of garage rockers and psych weirdos don’t deliver a note for note re­telling is exactly the point. It wouldn’t be a true tribute to the Velvets if it didn’t fly in the face of convention. Even when these bands sidestep the sound, they (mostly) get at the spirit. And, although the results are mixed, the love is felt.

Nashville’s Natural Child is tasked with the burden/honor of leading off the affair. They rise to the occasion and do their kicking in cowboy boots, injecting a honky tonk swagger to the title track, an ode to methamphetamine injection. If the frantic original version of the song was about filling up with the speedy high, Natural Child’s version ­ through R&B inflected guitar, sunny organ washes, and some lovely harmonies­ captures those fleeting moments of fullness and clarity that mark the peak of the drug’s effect.

The Memories’ take on “the Gift” tethers the narrative of insecure paranoiac Waldo Jeffers’ demise to a throbbing metronome bass line. The fluid quality of the original, which pitted Reed’s short story, as read by John Cale, against a snarl of feedback and staccato rock chords, teased very little of Waldo’s fate, revealing it all at once, gruesomely and abruptly. The Memories’ lock step timing telegraphs the inevitable conclusion from the start. Alternatively, the dire “Lady Godiva’s Operation” is brightened by the Mozes and the Firstborn, who imbue the song with full, rich harmony. In doing so, they offer optimism and the potential, however fleeting, of salvation for the song’s protagonist.

Curtis Harding’s brassy take on “Here She Comes Now” owes more to the belted anthems of Neil Diamond than the song’s subdued, enigmatic source material. Harding’s husky, shameless bravado evokes authority. He intuits the song to his core, gloating that its secret will stay with him. Of all the songs offered, “I Heard Her Call My Name,” covered here by Mr Elevator & The Brain Hotel adheres most closely to the tone of the Velvet Underground’s original. However, the band ups the energy with roller rink organ warble. While it dilutes the darkness and obsessiveness that the original evoked, it lends the song a poppy sweetness that is missing elsewhere.

Gap Dream’s take on “Sister Ray” book­ends the tribute on a high note. Even compared to Harding’s bold reinvention, Gap Dream’s contribution is the most ambitious. In replacing Reed’s lively rock ’n roll stammer with the sterile, balanced delivery of the vocoder, Gap Dream transcends the in­-the­-flesh humanness of the original. The song’s narrative, which enumerates acts of debauchery that defined the era, becomes a spacey litany of the manifestations of degradation: acts to be studied for insight to the existential condition.

The impact of the Velvet Underground can never be felt discretely, in totality, because it’s impossible to hear everything that’s been recorded since The Velvet Underground and Nico debuted. The VU’s influence has bled into every fiber of the culture. It’s a given. To acknowledge the inventiveness of White Light/White Heat is to do it justice. Whether that acknowledgement comes in the form of museum grade reproduction or outer space abstraction is moot. It shouldn’t come as a surprise how many of these tributes there are, but how few. Coverage of this material is a symbolic act. It signifies a purity of intent. It waves a friendly flag to others in the know.