Wait To Pleasure – No Joy 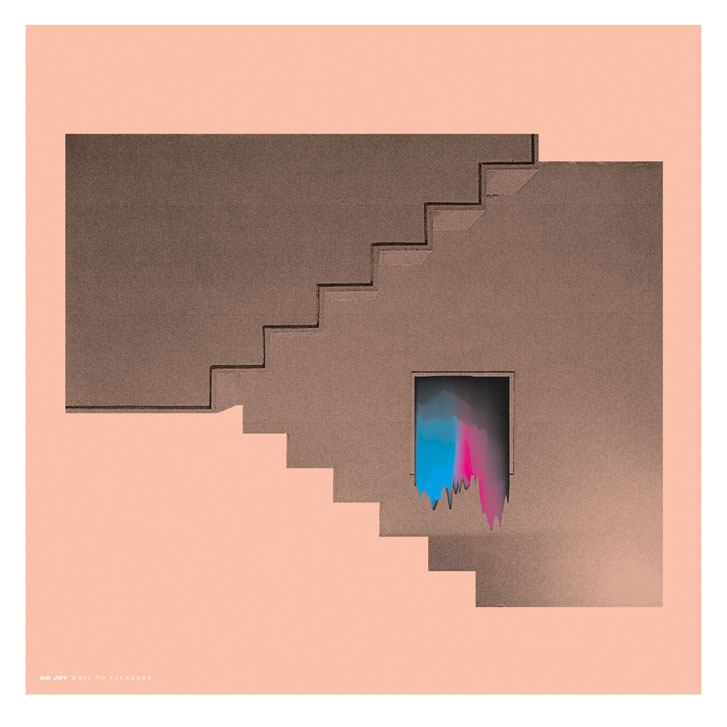 If you’ve ever visited the fashion—nay, lifestyle—blog Refinery29, you’re familiar with the compulsive look-at-able nature of its setup: slideshows of pretty, languid models in vibrant colors, street style articles that highlight edgy normal people in gruff poses, and the occasional list pointing you toward your city’s best taco trucks. It’s colorful, clean, girly, and as relatively non-threatening as any blog of that popularity could be. The draw of the site comes from the attempt to simultaneously heighten and level a typically shallow pursuit as standard practice; embracing all the floral-patterned, neon-colored, weight-loss plans and runway scenes and opossum-skinned bags that you simply must have in under thirty ways, thirty minutes, always the top ten best. It’s clickbait for the middling aesthete and visual stimuli for the easily satisfied. Is it shallow? Does it matter?

When I was scanning Refinery29 recently, I half expected to find a review of No Joy’s second full-length, Wait to Pleasure, nestled between an ostrich-fur neck-brace and a pilates-swimercise workout plan. Upon first listen of the Montreal duo’s fussless sophomore effort, there is a quiet, anti-meditative shimmer surrounding it, making it feel exactly as if it could appeal to the easy avatars and consumers of fashion blogs everywhere. If that sounds like an undercutting admonition, be advised that it isn’t. The initial read of Wait to Pleasure feels exactly as the namesake suggests: you may take one or two, maybe even three spins through it only to find a simple, mild-mannered, girl-powered band with a healthy albeit angsty glow, a marketable shiny sledgehammer for all the faux-blondes in army jackets in the room. Lead woman Jasamine White-Gluz embraces sweetness in the delivery of her vocal melodies, even when they are drowning in sonic effects glue. There is something mildly forgettable in listening to Wait to Pleasure, much like the endless clicking on colorful, vapid fashion blogs. But if we’re to take the album title seriously, we must wait to thoroughly reap the rewards.

The problem with oversimplifying the record comes in at around the third listen through, which is a followup to No Joy’s 2010 Ghost Blonde album, a messy, unfocused look at the inception of a band who knew its genre, but not its skillset. On Wait to Pleasure, No Joy has maximized on a minor growth spurt by taking the failures and pitfalls of their debut and tweaking them to deliberate effect. Where on Ghost Blonde the vocals and guitar tracks felt inauthentic and patternless, there is a wicked cleanliness to the cold melodies sang on “Lunar Phobia”—the ethereal whispering and child-like mawing in its background are the earworms the prior record was lacking—and there is an eeriness in how what is easily one or two guitar tracks can feel like a thousand on every song from “E” to “Uhy Yuoi Yoi”. There also appears to be a greater surrender to pop songwriting here—maybe out of sheer necessity, but most likely out of the irritation from constantly being labeled shoegaze. It seems that with Wait to Pleasure, No Joy is making motions to further amplify (literally—the wall-to-wall strumming on “Ignored Pets” could fill the Superdome) the shoegaze label while attempting to detract from it. There are even some potent (though minor) twee moments hidden deep below one or two of the albums offerings. A band like No Joy wants to keep its feet firmly planted, but is slowly starting to crane up toward the North Star.

This record could just as easily be caged in by the term “shoegaze” as it could be set free by comparisons to Yoko Ono, Bleached, The Smashing Pumpkins, Hole, and the sound a newly sharpened knife makes when bisecting a watermelon. It is versatile and melodramatic, completely childish but dark, and most of all, begs to not be labeled as colorful or shallow. In choosing the name No Joy, the duo made an affirmative decision to be taken seriously, and they’ve finally accomplished it with this record. Their alarming, complex followup to Ghost Blonde affirms that even if something is pretty at the outset, mildly thin and superficially trendy, like a highlighter-colored, leather bowling bag, there’s a chance that stuffed inside might be three waves of reverbed guitar shimmer, a well mixed vocal triumph, and one easily tossed-around popwave summer sizzler. And if that’s what pleasure looks like, then it was well worth the wait.