Listen: Who's your favorite president? (part 2) 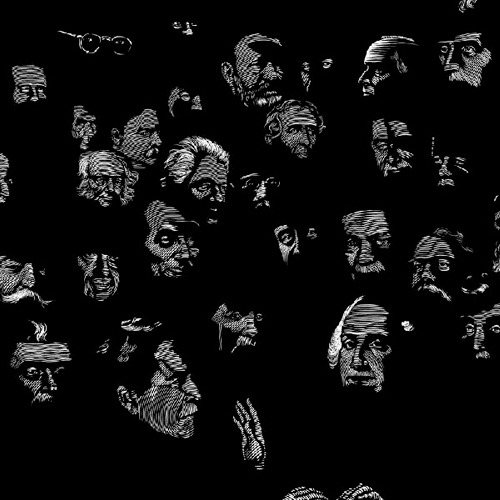 43 Songs for 43 Presidents, how could you choose?!

Of Great and Mortal Men: 43 Songs for 43 Presidents. There are only a couple things which could be contained within such a mighty title: 1) Total tongue-in-cheek irony. 2) Total alt-country patriotism. 3) a Rickroll. What I wasn't expecting was this much measured sincerity. I mean, these guys know this could be pretty silly, but they're doing it without cracking even half a smile. They're in it all the way, man.

Sometime in the 90s They Might Be Giants snuck a history lesson into the middle of Factory Showroom in the form of “James K. Polk,” three minutes and eight seconds of the triumph and trials of America's eleventh president — so great, he sought no second term. That's about the only precedence I can think of for Of Great and Mortal Men: 43 Songs for 43 Presidents: a sprawling three-cd set out September 9th on Standard Recording, which comes complete with a huge illustrated booklet with all the lyrics and notes:

The music is surprisingly even for such a diverting subject, it's all got an unsettling alt-country flair that never settles on one unmixed emotion. Take the harmony-laden “Abraham Lincoln: Malice, Charity, And The Oath of God” (Feat. James Jackson Toth), which takes most of its lyrics from Lincoln's writings:

Or the not-irony of our first president and his Chesire smile, featuring Vince DiFiore of Cake:

There's a long tradition of album-collections of songs about stuff, the Mag Fields and Sufjan spring to mind immediately, and still this is an oddity. It's a collaboration, it could double as a history textbook, it's about presidents for crying out loud. They even wrote a song for William Henry Harrison, who died in thirty days. (And wrote it as a sad testament to the expulsion of the Native Americans, the war of 1812 and the consequences of American expansion to the west. I know, seriously!) Not only does that take some serious writing chops, it takes a serious straightface.

Kudos, guys. Next time we want a song for every US congressman. Hop to it.