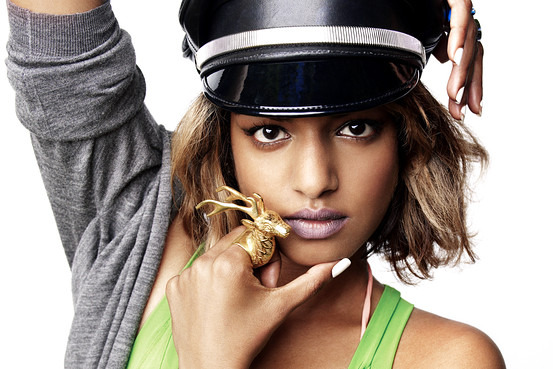 MIA's new track is so primed for the air waves that we're all getting our first listen of it with BBC commentary and low resolution transmission crunch.

The infamous MIA-on-Lady Gaga beef-starting seems like a such setup after the dripping Ibiza beats on “XXXO”, her first single and “hottest record in the world right now.”

“People say we're similar, that we both mix all these things in the pot and spit them out differently,” she said, “but she spits it out exactly the same. None of her music's reflective of how weird she wants to be or thinks she is.”

She added: “She models herself on Grace Jones and Madonna but the music sounds like 20 year-old Ibiza disco. She's not progressive, but she's a good mimic. She sounds more like me than I fucking do! That's a talent… but she's the industry's last stab at making itself important.” [Via]