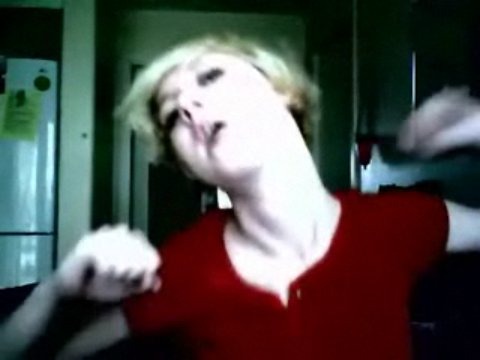 Sharing some of the internet's plentiful bounty of music videos: You Me

How did people make music before the internet? It seems impossible in retrospect but surely there must have been music before the internet, I've seen the photos. Maybe back then they had some sort of pre-internet made out of wood and brass. Or maybe they were aided by aliens, the same ones that helped build those Mayan pyramids before they had the wheel or the Hanging Gardens of Babylon before Home Depot.

So next time you spend all night wandering around YouTubes and MySpaces and Google Videos, stop a moment and think — not two decades ago if you wanted to look for that new sound you had to go the record store and buy records. I know, crazy. I don't know how the industry survived.

So in order to not take things for granted, we're sharing some of the weird & wonderful music videos and stuff that the internet has to offer.

You Me – Stockholm City

Wow, It's like getting a sneak peek at some crazy eurochick's webcam without having to give anyone your credit card number. There really should be a market for homemade webcam music videos — they're cheap, they're personal, and you get to feel like a crusty voyeur without ending up on To Catch A Predator.

All you need to make a decent webcam video is a cute girl, some eye makeup, a logoless t-shirt and an interesting door or something behind you. All choreography should be impromptu and half-assed.

Marjatta Oja, of Finland's You Me, has got it all: weird hair, a cute accent, a well-furnished kitchen. Also her head moves independently of the rest of her body, like a snake. There's not so much dancing you can do while sitting in front of a computer but she covers all the bases: the circle sway, the T-Rex, the half-madonna, the Fonz (“Eeeeey…”).

Thankfully the song's as adorable and Eurotrashy as she is, with synth-happy backing reminiscent of another crazy eurochick, Bloem de Ligny (currently in Polichinelle). While the girl-with-odd-voice-singing-over-synths hasn't really changed much since Nina, it's worth looking back at every so often, if only to learn a few new dance moves.

Till next time: stay doe-eyed, my eurohomies.