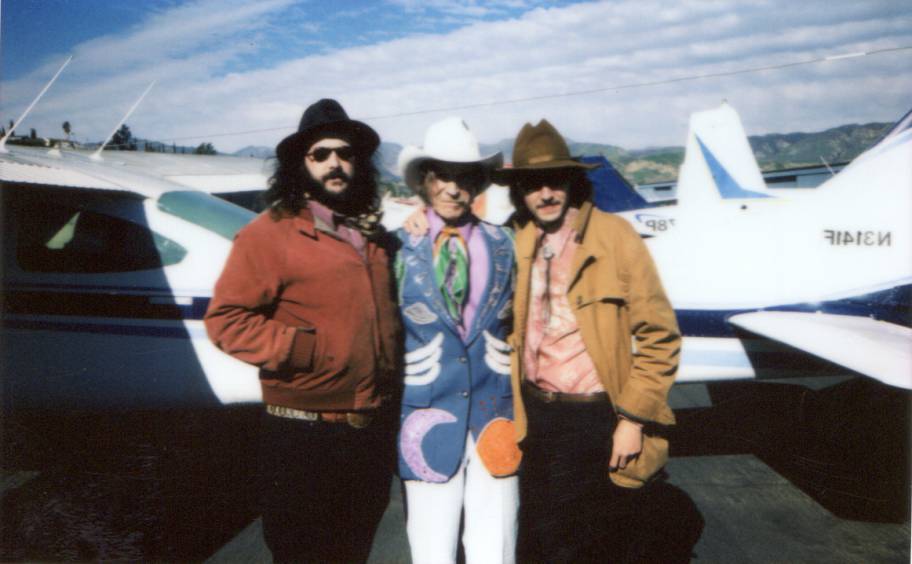 
Following the western trails that lead all wanderers toward the inviting beck and call of the Pacific coast, we chronicle the following origins of Dimples. The combination of Maine transplant Colby Nathan (seen touring with fellow strange Maine folk like Tom Kovacevic, Caethua, clown-metal mavens The New England Patriots, and more) with collaborator Greg Hartunian brought their collective talents to fruition via Greg’s closed DIY venue/recording studio called the Roach Motel, ran out of an Eagle Rock Boulevard mechanic garage where dusty nu-psych folk tales sprang to life on splendid reel-to-reel 8-track. Following up their debut tape that saw release on Dontrustheruin (Big Blood), Dimples announce their patiently awaited labor of haunted western loves with word that Whimpers will be available February 24 via the ultra-DIY quartet of imprints Nicey Music, Feeding Tube Records, Dontrustheruin, and Laughable Recordings. Delivering a feel for the psychic landscapes & stratospheres that Colby & Greg have generated; Dimples today present the world premiere for “Whimpering in the Night” that is sketched from the sentiments that mull about the restless mind of the sleepless insomniac fighting against the hands of the clock that inch toward the midnight hour.
From the opening sparse electric twangs that mark the opening of “Whimpering”, Colby & Greg express those melancholic feelings that stir long after the sun has retired & existential & not-so-existential questions permeate one’s consciousness. Dimples’ arrangement is patterned together as if all instrumental items have been collected by virtue of field recordings where every sparse percussive trope & melodic creak & squeak just occured in the right sequential set of timings. Smoky atmospheres rise & collect like silky, swirly Ss that fill up a room where “Whimpering in the Night” brings about the feel of the Roach Motel setting where Colby & Greg work to compose their own approach to cinematic nu-folk stirrings deserving of being on the soundtrack of a summer blockbuster flick. Dimples have achieved something special with Whimpers where the duo gathers together their outsider approaches to create something that everyone can appreciate in their respective worlds. A rightful entry to the DIY rosters of imprints who care about the future of organic & independent arts; Dimples have curated a release that will give even the saddest faces something to smile about. Join us immediately after the following debut of “Whimpering in the Night” for our insightful interview with Dimples’ Colby Nathan & Greg Hartunian.

Describe the journey from Maine to Los Angeles and how it’s impacted you creatively & personally.
Colby: I’ve been making the journey my whole life, back and forth—my dad’s out in LA but I grew up in Maine with my mum. It bred me restless and it spread me out.
How has your work CAETHUA, New England Patriots, Tom Kovacevic, & Greg Hartunian informed Dimples?
Colby: These are all people who really keep me going—constant inspiration and guidance. As for Greg, we’ve been making music together for seven or so years with different projects along the way, so we’ve learned a lot about each other’s strengths and weaknesses. He knows how lazy I can be, so he’s willing to angle the vocal mic down to the floor if that happens to be where I’m laying down.

What lead you to choose Dimples are your own self-appointed moniker?
Colby: Dimples was the first karaoke bar in the US—I’ve never actually double checked this fact, but I stand by it. It was out in Burbank, but currently it’s a construction site for a massive yuppie grocery store chain that I won’t name. When we were recording our first record, I did karaoke for the first time over at Dimples. It was a really old fashioned place, men aren’t even allowed to wear hats inside, and this little old man introduced all the songs but never said the names, like here’s Joey with B-14! Then you got to sing on this little stage with six TVs all around it—two of the TVs have the live footage on it, but the other ones are playing the last three decades of random karaoke performances on the same stage, including a bunch of videos of b-celebrities—real LA vibe. They’ve also got a bunch of props on the stage to use at your leisure. I sang Tammy Wynette’s “Stand By Your Man,” and during my song the little old man announcer sauntered onto the stage to plop a huge black cowboy hat on my head—I was entranced, and I’ve never been the same.

Tell us about life at the notorious Roach Motel, & all about the making of Whimpers.
Greg: Boy, where to start? Well first off, everyday was a gamble. And the odds were not on our side. Between prankster landlords conducting SAG actor surprise walk through meditations and the clicking of rats caught in those roach traps, we were never really left alone. But man, did we have a winning streak. We’d spend most hours wide awake against our better judgement, tape rolling, waiting for that Dimple’s intervention. Basically till we couldn’t take it a second longer. Then, JACKPOT. The Roach Motel and Casino. I hear the place has hot dogs in the walls now.
What sorts of late evening emotions & events would inform “Whimpering in the Night”?
Colby: We wrote and recorded the lyrics and melody for “Whimpering in the Night” at 9:00AM after pulling an all nighter, which is when we wrote and recorded most of the vocals for the album, making up melodies and lyrics all along the way. I think it’s the only true love song that we’ve written up to this point, it was originally called “Feel Tongue” but we changed the name to “Whimpering in the Night” because Greg’s dog Thinly was in heat at the time.
Local LA artists you are into right now?
Colby: Mostly Warren Zevon, even though he had a questionable disposition.
The Dimples plan for 2017?
Colby: More whimpering in the night.
Dimples’ 16 track album Whimpers will be available February 24 through the labels Nicey Music, Feeding Tube Records, Dontrustheruin & Laughable Recordings.
Pages: Page 1, Page 2, Page 3, Page 4, Page 5, Page 6, Page 7, Page 8, Page 9, Page 10, Page 11, Page 12
PrevPreviousKYOSi Plays Rockwood Music Hall 2/18, and You Do NOT Want To Miss This
NextChainsmokers' Surprise Performance at the BRIT Awards Reveals New Collab with ColdplayNext