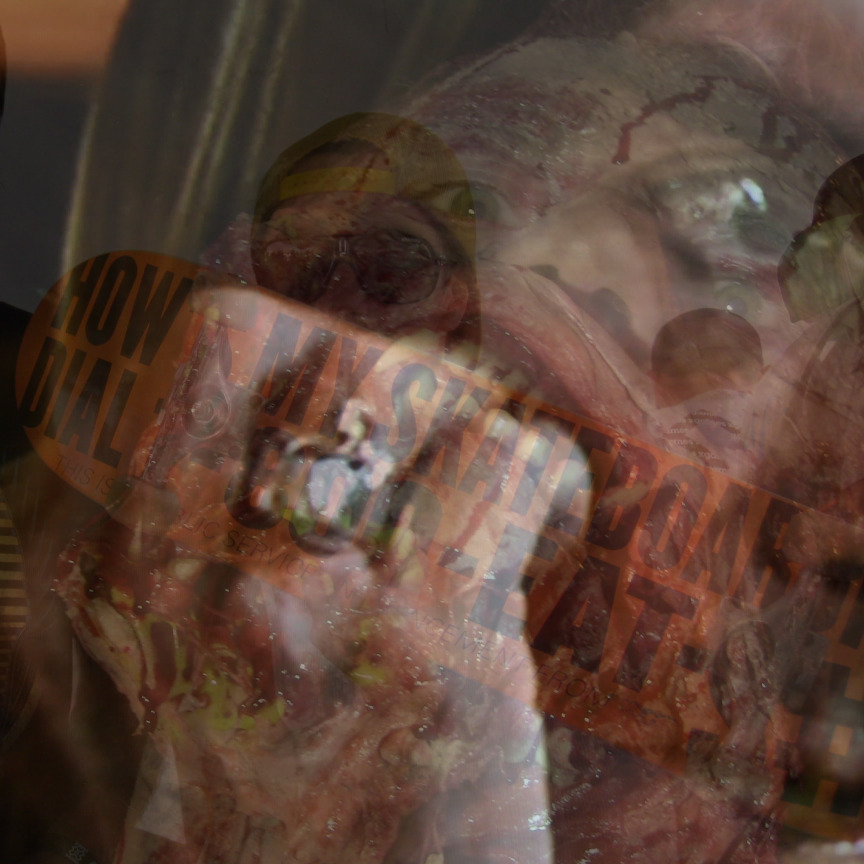 Sure, let it be known; me and the boys may have not found that sacred, decrepit skull of the Grunge Witch Prince, but that fuckin' thing was ever to be found. I can count for you, all day long, the things we haven't found. Let me tell you about this other time…

First off: space is a big motherfucker and I don't have it all worked out. That would take math and science and that shit is boooooring.

I don't know when it happened, years before or years after the skull-hunt. Me and the posse pirates were living on this Vampire commune in some remote countryside of Virginia; the type of place you probably wouldn't wanna get stuck in. Drowsy all the time from the antihistamines, coughing up old resin, and bored as fuck, our heads roasted from the locked up rosaries, we craved adventure.

One night, wild hairs went up our asses and we piled up into growling form and drove the 20-some-odd miles to this goddamned sci-fi-laboratory-space-observatory in some town called Whiskers — I shit you not. Took some time scoping out the telescopes and clinking beakers in the basement. Squeezin' and pullin' hard on toxic tonics, we stepped into some big, electronic booth and Street Team Bob made a motion to some buttons. The Bearded One started pressing and mashing and we started seeing colors.

We woke up in what I guess was some wasteland of a distant planet, far past our galaxy. Looked like one big psychedelic graveyard, primordial and ozone-scented. We were freakin' out man, and that was before these crazy, bug-eyed motherfuckers starting sliding over the horizon. They were skiddin' along like maniacs, barking and gnawing at themselves. They got closer and we realized these cats weren't ordinary party animals. Their skin was gelatinous and jaundiced to all hell. Gooey oozes dripping out of juice-holes in bad skin, shredded to high heaven. They had those badass hats with the funky bills with things like “CUM,” “RIPPER,” “SKIDMARK,” and “I FIGHT WITH KNIVES” written in neon slasher letters on the underside. They gripped damaged skateboards and did tricks for us. High-fives were aplenty and these mutant mofos knocked back 40s like they were going out of style.

Where the hell were we? This was a god-awful ash pile, all spooky green glow over red rock asphalt. These mutated, mangled mummies were rockin' Half-Pipe City, only to fall off their boards into pits of solid steel spikes, impaling themselves and scattering mucous bowels all around. They'd get right back up, take a long pull, high five a bro, and head back into the pipe. Shit was ridiculous, and we were eating it up while the nighttime skyline would go all blurry brown and we'd lose the focus.

One dude slid down the pipe eating on a frozen brain, bleak and gray. The underside of his board was emblazoned with the image of an inverted dog head — gnarliest shit I've ever seen, man. This shit was wacky and just as quick as it came to us, it went away in a puff of purple smoke. We woke up in the grass outside the observatory, ripped off the grimy fumes, choked up, damn near dying. Did we make it all up? Did we go there — to the land of those mutant zombie skateboarders from Hell? I don't know. I don't care. Shit was a trip, to say the least.

We flipped out as we looked down at Street Team Bob's iPod and it was playin' this mix, a gift from the gory skull-gnawers. We looked to the night sky and saw a demonic, puss-head rot-face grinnin' back at us and he winked. I swear to Christ almighty, he winked. Tell a friend.

Never turn down a trip to the sci-fi-laboratory-space-observatory in Whiskers, VA. Shit is a trip and you might party with some mutant motherfuckers on a zombified planet where the undead shred. Fuck it up!