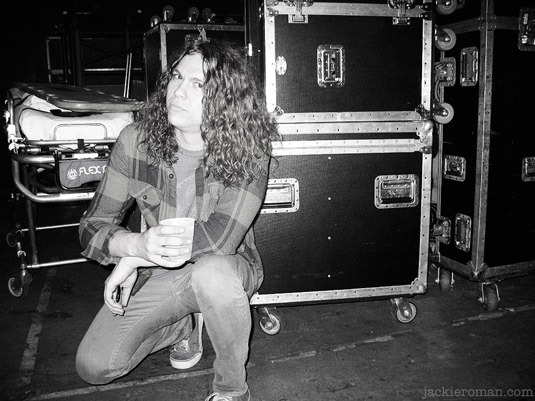 I miss things. I miss old friends, certain times, and specific places,
but mainly, I miss the way things used to be.

I miss getting zines and
mixtapes in the mail; finding out about bands like The Reatards from a
penpal who sent me a cassette titled Guitar Wolf and Friends, Vol.
1. Volume 2 never came, but the first was all I needed. Jay Reatard,
of The Reatards, The Lost Sounds, Bad Times, Final Solutions, Angry
Angles, and countless other projects is dead, and now I find myself in the
position of admitting that I'm going to miss Jay Reatard.

I've
listened to the music of Jay Reatard for almost a decade, and for what
it's worth, I shared many mutual friends, and spent a few hours of my
life around the guy–but not enough to consider him a friend. He was
however, somebody I always thought put out an astonishingly impressive
body of work, most of which I loved, some of it I didn't, but as a
musician, he was somebody I had a great deal of respect for.

Last July, on this very same website, I wrote a review of Reatard's latest full length, Watch Me Fall.
I wrote it from the point of view of somebody who knew the artists body
of work well, and was very critical of the the album. When all was
said and done, I finished off by making the point that I believed “Jay
Reatard has much more to offer us,” and I truly believed that. Now,
less than 24 hours after his death, the vultures are descending, and
the naysayers are naysaying; that's just the way it goes in this
cynical world of ours. But it should be noted by those of you who
longed for a return to the way rock n' roll “used to be”, Jay Reatard
was more than a beacon of light, he was a comet in the dark sky. He was great, and could have been greater. He was driven by the same hot fire of Jerry Lee Lewis, mixed it with the nervousness of The
Buzzcocks, and when he was on, he could craft a song of pure static energy
like no other.

It's said about many, but Jay Reatard was truly one of a kind. Sadly, a force larger than us has bigger plans, and
the world has lost a true rock n' roll man.