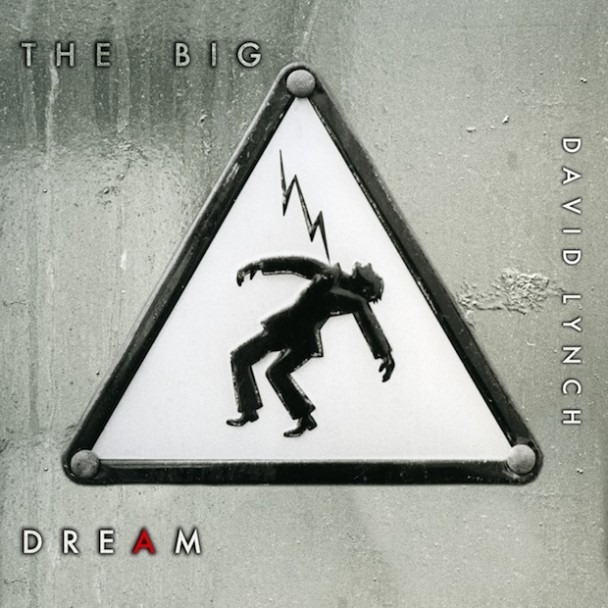 There are moments in the serviceable 2007 documentary Lynch in which we see the eponymous director behaving with the transparency – even naiveté – of a precocious kid in a ‘50s sitcom. In other scenes, he appears as an endearing old curmudgeon, unconvincingly baring his teeth at the trail of interns and set hands which follows his every step. Then, there are the obligatory stark, black and white shots featuring a guru-like Lynch poetically navigating such heavy topics as art and meditation.

Yet there’s another image of the director, one that’s less vibrant but just as telling as any: the filmmaker, rubber-gloved and splayed out on the ground of a warehouse that’s slowly blossoming into a film set, painstakingly piecing together a floor design that splits the difference between German Expressionism and Op art. It’s this incarnation – the artist as a craftsman – that surfaces on The Big Dream, Lynch’s second solo album, and the follow-up to 2011’s inscrutably weird Crazy Clown Time. Sometimes devoid of the high degree of pure expression we’ve come to expect from any project baring the Lynch stamp, the album largely plays like an exercise in sonic tune-up.

After auspiciously opening with the velvety, seductively black title track, the album segues into an uninspired series of similarly smoky, beat-heavy tracks that lack the snaking, engrossing darkness of “The Big Dream.” Lynch has always wrought tension out of the interplay between archetypal cool and soulpenetrating insight, but the more problematic songs on The Big Dream, though luminous and detailed, are unfortunately hollow.

Fairing (strangely) better are “Sun Can’t Be Seen No More” and “Star Dream Girl,” spaced-out white blooze fantasies that owe as much to Lead Belly and Rain Dogs as they do to, of all things, ZZ Top. As Lynch twists his effects-strangled vocals into something that might be too Al Jolson-y for the comfort levels of many, Americana detritus, outright cliché and transcendent otherness mingle on the same astral plane. Better still is Lynch’s gee-whiz reading of “The Ballad of Hollis Brown,” Bob Dylan’s devilish tale of familial slaughter. Playing up his own naturally Jimmy Stewart-esque voice, as apple pie as the clergyman next door, Lynch’s interpretation of the murder ballad is perfectly sinister on one listen, and absurdly funny on the next.

Such highlights are prime examples of a tone that’s the unmistakable product of a singular voice, one that’s nearly impossible to succinctly define. They are, in other words, Lynchian. And while one has to wonder if the auteur is aware of just how saturated the game is with his disciples (from Dirty Beaches’ heart- shattered rebel pastiche to Zola Jesus’s girl next door with dark secrets), the best of The Big Dream serves as a reminder that no one does this better than the man himself.

So, if we were to make an admittedly odious comparison to Lynch’s cinematic output, a distinct line could be drawn from Lost Highway to Crazy Clown Time, as they both eschew clarity in favor of anything-fucking-goes liberty. It then follows suit that The Big Dream occupies Mulholland Drive’s space in some kind of triptych. If not a match in terms of quality, both works do feel like refinements and formalizations of what preceded them. Some ideas are dropped completely, certain edges are sanded down and the contours of the blueprint come more sharply into focus. All of which leads to the hope that, should Lynch offer up a third album, it will be analogous to the polarizing Inland Empire: too gargantuan, intrepid and brazen to incite anything but bile or rapture from its audience.